Yea!! The Christkindlmartk season has started in Germany. Most of the cities in Germany start their Christkindlmartk around 22-24 November and run until just prior to Chritstmas, the 23rd or 24th of December. A few even run until the end of December. Even small towns and villages will have some type of Christmas or Advent festival that runs for one to three days over a weekend during late November or early December.

Whatever the local community calls it, Christkindlmartk (Christ Child Market), Weihnachten (Christmas) Markt or Advent Markt, think of a wine festival with a winter theme and, of course, the winter temperatures to go along with it. Wine is still a major focal point of these festivals but this time of year they serve hot spiced wines and a favorite that all of these festivals serve is Glüwein, a hot, spiced, red wine. Glüwein is necessary to fend off the cold, damp air that's prevalent this time of year in Deutschland. Beyond that, the typical German festival faire is offered; schwein steak, bratwurst, pommes frites, sweets of all types, etc. Venders sell a lot more of the keep-warm kind of clothing; mittens, stocking caps, sweaters and more. Everything is decorated for the Christmas and winter season with lights, evergreen trees/branches, decorative glass balls, and all the other glitter and glitz.

Yeah, wine is still a big part of these winter festivals and Glüwein is king. 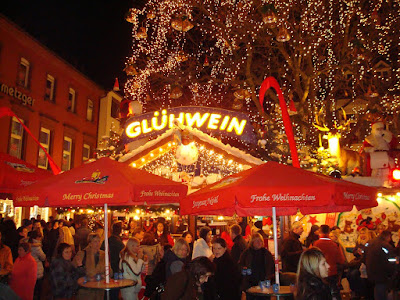 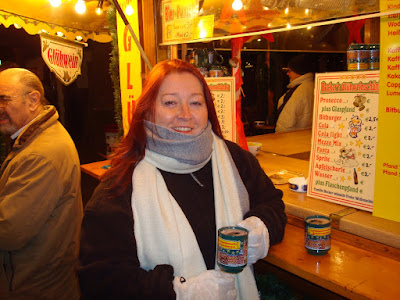 The big Christkindlmartk in our area is in Kaiserslautern which started last Monday night, 22 November. Jeff and I went to check it out Tuesday night. The K-Town festival takes place in the city center in the Schillerplatz. It winds around a few of the shopping streets that surround a large, gothic church. We checked out all the booths, had some food and, of course, Glüwein. The oldest gasthaus in Kaiserslautern, Spinnradl (Spinning Wheel), is right there in the middle of all the festivities so we just had to stop in for a König Pilsner.

Incredible backdrop to the entire festival. 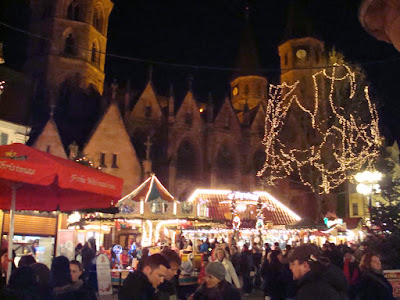 Lots of fun things to see, eat, drink and buy. 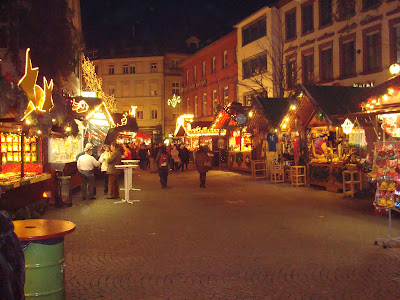 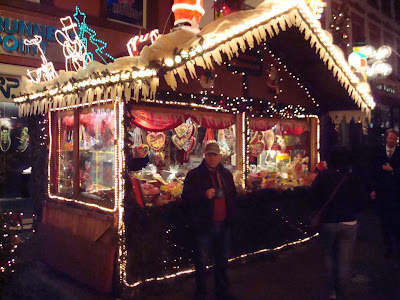 Just looks like a great place to have fun. 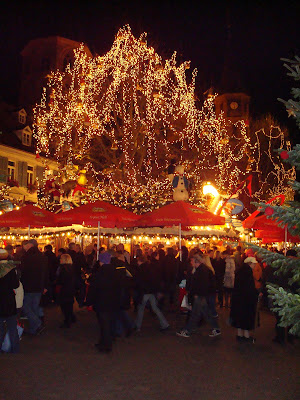 Gotta have some rides for the kids. 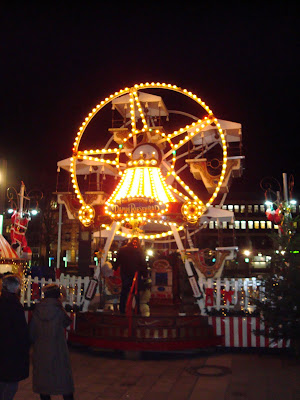 Even the trash cans are in winter festival mode. 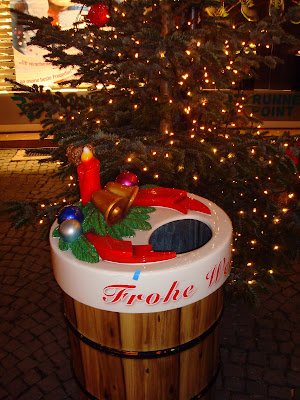 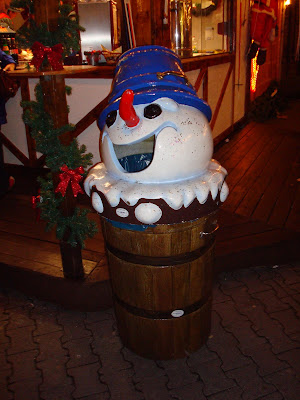 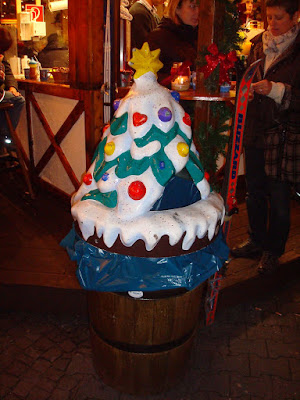 Here's a pretty cool, figuratively and literally, food and drink vendor set up. A huge German, pyramid Christmas windmill with a place to east and drink in the first level. 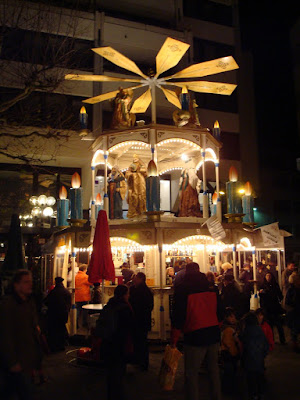 An interesting choice of yuletide incense for sale at one of the vendors. 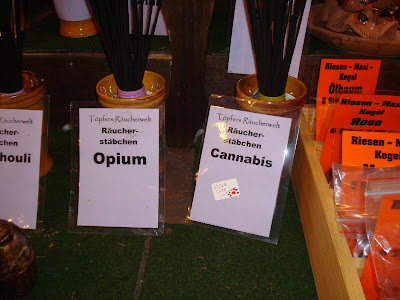 Can't have a Christmas festival without some reindeers. 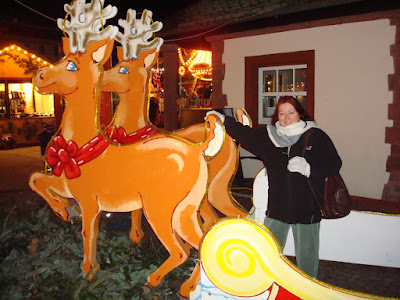 Who would have thought a couple of cold beers would be a great way to warm up? In the Spinnradl with a couple of König Pilsners. 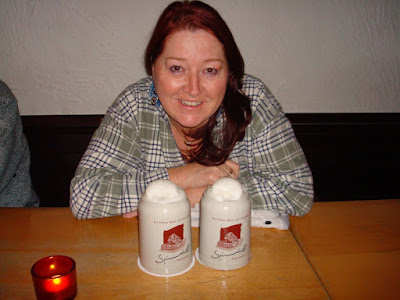 There are three things at ever German festival, food, drinks and music. Here's the last ingrediant.Hey, look at me, I'm with the band . . . again!

It was lots of fun. No snow yet but that's only a matter of time. This was just the first of many Christkindlmarkts. We've got a whole month to squeeze in as many as possible. Kind of sounds like August and September all over again.