We knew that Neustadt's festival wouldn't be as large as the Bad Durkheim Wurstmarkt, which is the largest wine festival in the world, but since Neustadt is about three times the size of Bad Durkheim, we figured it would be pretty big. Well, we were surprised to find that the it was a rather small festival. The Neustadt festival was located right in the city center, next to the Bahnhof (train station). That was a good thing because finding some of these festivals can take some time, especially in a larger town like Neustadt.

Well, regardless of the size it was great fun. They had one large band stand where some type of band played almost continuously. And, there was an interesting mix of bands; a traditional 50+ member band, an interesting group called Chaos Orchestra and another one of those strange flugal horn bands. All the necessary festival pieces were in place; rides, vintners, beer vendors, food merchants. One particular food booth was kind of interesting, a vegetarian vendor. Jeff steered clear of that because he said if it didn't have alcohol, sugar or meat he wasn't going to put it in his mouth.

Here's a few of the sights.

The bandstand and city May pole. 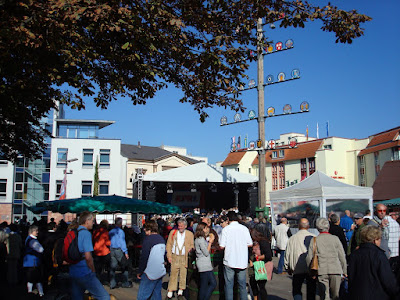 Jeff with a glass of Silvaner and a brezel. 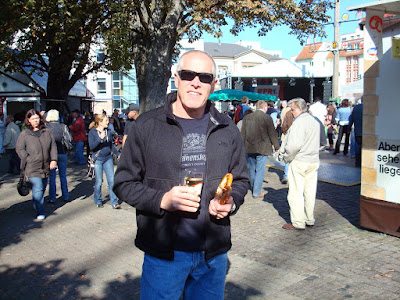 If you like sweets this is the place to be. These types of vendors sell all kinds of amazing treats. 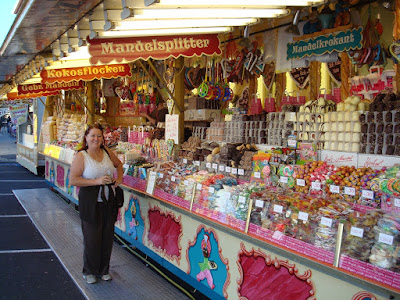 The wine king chatting up some Deutscher chicks. 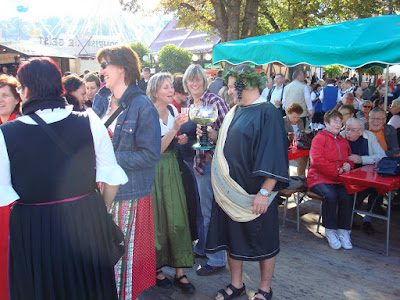 The Chaos Orchestra in action. Take a look at some of their instruments, especially the tuba, pretty beat up.

Hey, look at me I'm with the Chaos Orchestra. 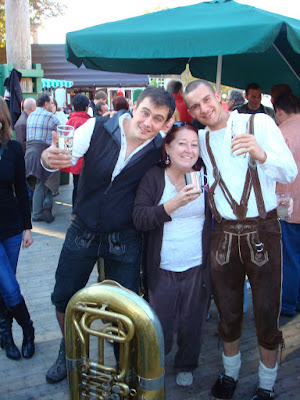 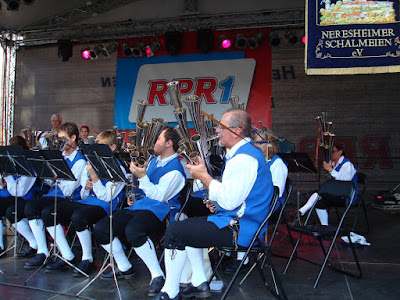 Close up of a flugal horn. Actually I have no idea what these musical instruments are called. Even though they all look pretty similar, some are played like a woodwind, some like a brass instrument. 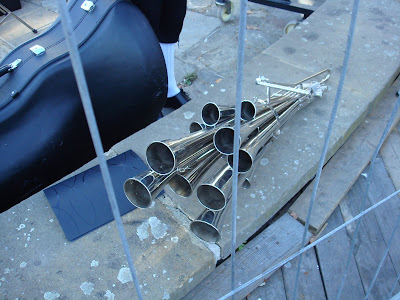 A pretty unique festival tent, all clear plastic. Makes for a great view at night with all the rides lit up. 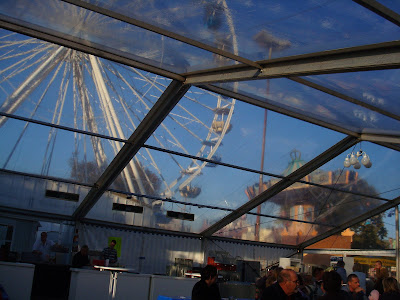 Pork, potatoes and beer. The perfect meal before heading home. 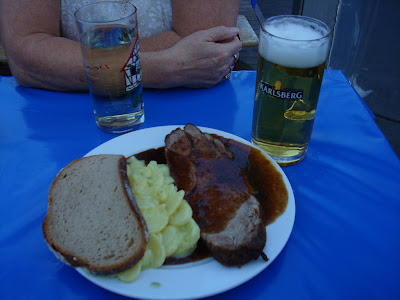