One the greatest institutions in all of Germany is the getränkemarkt (beverage market). Just about every town has at least one, even small villages will have a getränkemarkt. Of course, the bigger the town the more there are and the bigger the market. As the translation indicates, a getränkemarkt is a place where you can buy just about any kind of beverage you need; water, soda, juice, wine, liquor, but the biggest part of the whole store is the beer section.

We've been to a few getränkemarkts in our area, there's a nice one here in our town of Weilerbach. It's always fun to see their selection of beers and to see how their prices compare to the German beers we can get on base. Surprisingly, these stores on the economy are actually cheaper. A number of friends had said that we needed to check out the selection of beers at Toom, a getränkemarkt chain that can be found in various parts of Germany, who's local store is about a fifteen minute drive from our house. 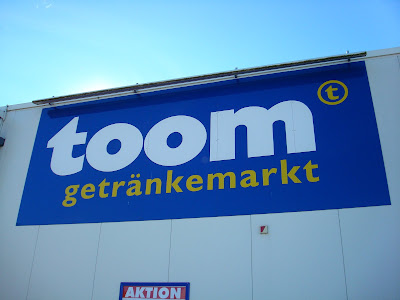 Well, we were delighted with what we discovered, a plethora of wonderful German and European beers. Below are some of the great beers we found. You might say to yourself, "big deal I can get that here in the States." Some of them maybe but certainly not all of them. Plus you can't get them in the same fresh quality that you can get here and you can't get them by the case in half-liter bottles.

So, here's Jeff welcoming you to Toom. By the way, all the beer facts that follow were provided just off the cuff from what seems to be Jeff's endless tidbits of information about everything. 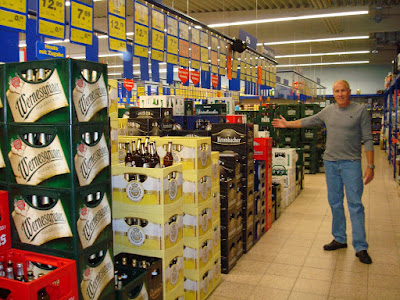 We weren't surprised to see Bischoff, one of our favorite local beers. Brewed just 20 minutes from us in Winnweiler. 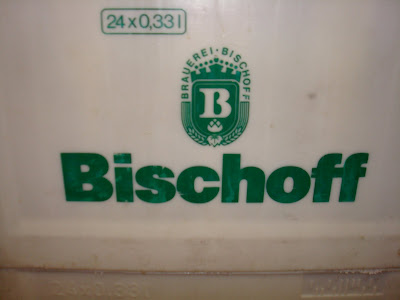 Not a surprise here either but Bitburger is a great beer and it's so much better and fresher here when the brewery is just an hour away. 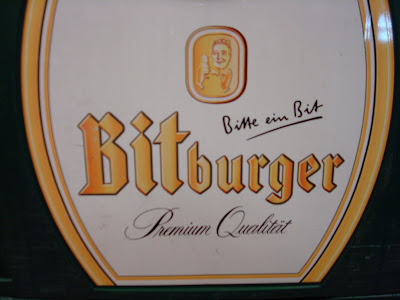 Another great German beer and one of Munich's big breweries, Löwenbräu (pronounced here as Loo-ven-broy, Lion Brewery) tastes so much better here than the export version sold in the U.S. Löwenbräu actually merged with Spaten in the late 1990's and Spaten-Löwenbräu was eventually acquired by InBev, now Anheuser-Busch InBev. 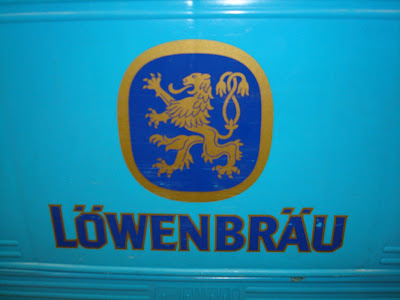 Jever Pils is a favorite that's not readily available in this part of Germany. It's brewed, not surprisingly in Jever, Germany, way up north near Bremerhaven, close to the Dutch border. 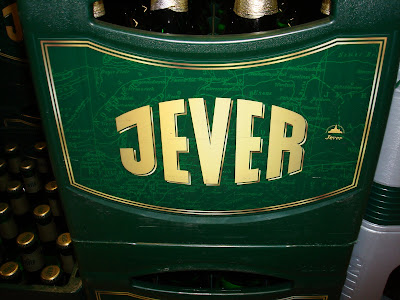 Another big Munich brewery, Hacker-Pschorr. This is their Oktoberfest Märzen and is bottled with those great porcelain pop-off tops. By the way, Märzen is the main type of beer sold at Munich's Oktoberfet. 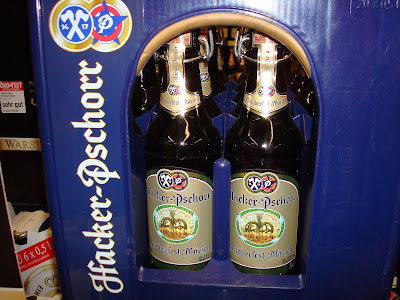 We like König Pilsner (King Pilsner) because it's good and we like the kickass name, simple but bold. It's brewed in Duisburg, north of Düsseldorf. 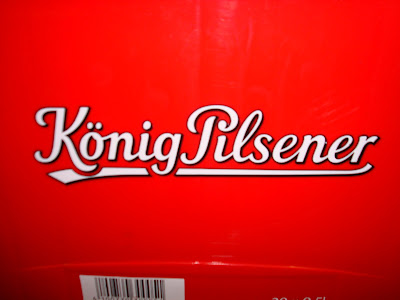 This is very good beer we first had on our initial visit to Cologne and where it's brewed. Früh is a kölsch beer, a very light lager. 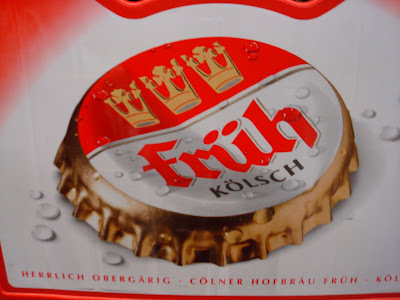 Now this isn't something we drink but thought you'd find interesting. Some Germans like beer mixed with soda water, lime or even Coke. They call it a radler. Here's one already premixed in the bottle. Beer + Cola + X. Not sure what the X is, it could be tree bark for all we know. 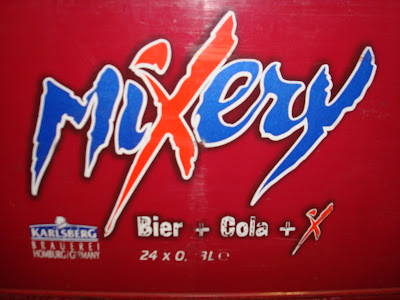 This beer comes from way, way up north, Flensburger, Germany, almost on the Danish border. It's sold with those great porcelain tops too. 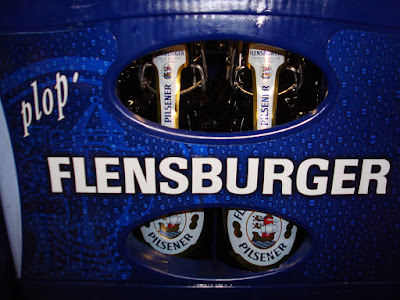 No this isn't the Anheuser-Busch Budweiser, this great beer is from Budvar, Czech Republic. Interestingly, the U.S. Budweiser and the Czech Budweiser both started operations about the same time and each has a good arguement for their sole right to the name. However, U.S. Budweiser can't come close to the great taste of the Czech version. 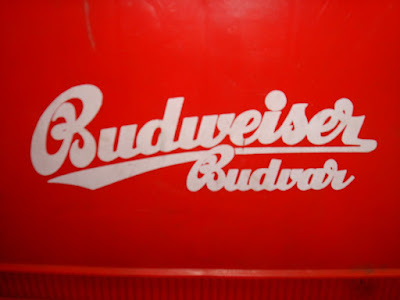 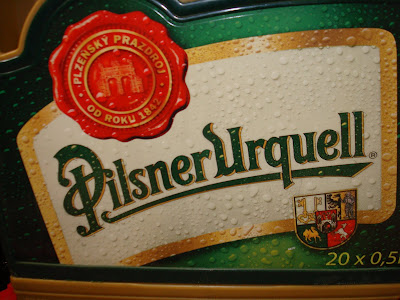 JACKPOT!!!!! Kloster Anechs, and delight of all delights, Doppelbock Dunkle, the world's greatest beer. Toom also sold the Andechs Helles and Dunkle. This wonderful stuff is brewed in the Andechs monastery just southwest of Munich. The monastery is located in the town of Andechs. 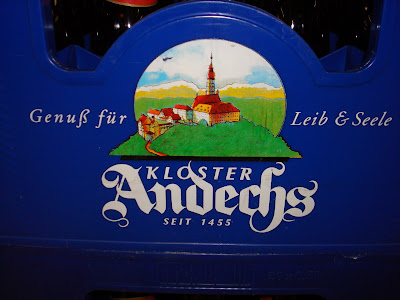 OK, given Jeff's expression, I think we found our purchase of the day; Kloster Andechs Doppelbock Dunkle. 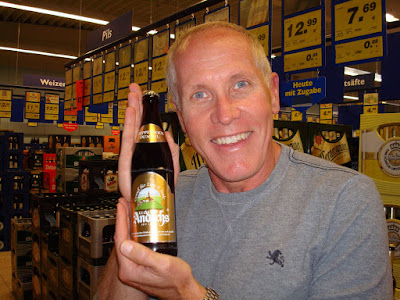 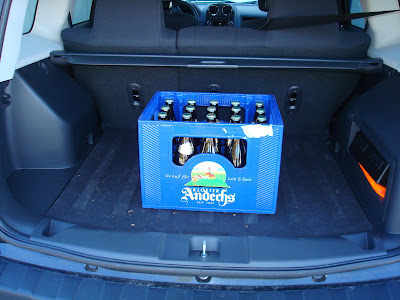