Sunday the fire station here in Weilerbach had their annual open house. It's quite an event. Fire trucks from other communities arrive and park for the day. There's a fire dousing demonstration. The firemen set up a very unique ride for the kids. And, of course, there was live music with beer and great food.

We went with Sigi and Bridgette Degen, long time residents of Weilerbach. (For any of you that have been stationed at Ramstein you may remember Sigi. He ran Sigi's Barbershop. He's retired now.) Also, met up with Donk Strasburger and Don "Bits" Bacon, two friends that are on the 3rd Air Force staff. As always, we met some great people and had an awesome time.

Here's some interesting facts we learned. All the fire fighters in Weilerbach are volunteers. In fact, in the entire state of Rhineland-Pfalz, there are only 48 full-time, professional fire fighters. That's pretty amazing when you consider that within the Pfalz there are some pretty good size cites; Kaiserslautern, Mainz, Koblenz and Trier. The Weilerbach Feuerwehr (fire brigade) is responsible for the fire protection of a number of other, smaller, nearby towns too; Eulenbis, Erzenhausen, Schwedelbach, Rodenbach and Mackenbach.

It's was obvious that this little event is a town favorite. The tables were packed inside and out. The firemen, and one fire woman, cooked up some great food; brats, kraut, saumagen (a popular sausage dish here in the Pfalz, translates to sow stomach, and that's what it is, very tasty), leber knodel (liver dumpling) and much, much more. Plus, the local Bischoff beer was cold and fresh. The two man band really added to the festivities. On top of that, the town fire station is just two blocks from our house which made for an easy walk home. 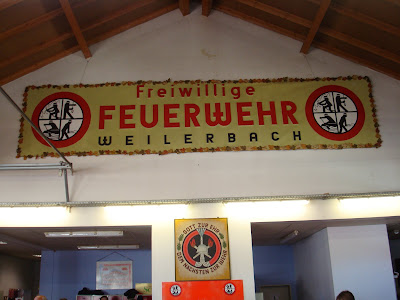 Inside the Weilerbach fire station. 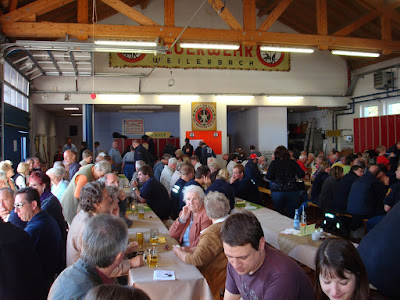 Looking out through the station doors. That's actually a fire truck from Ramstein Air Base. 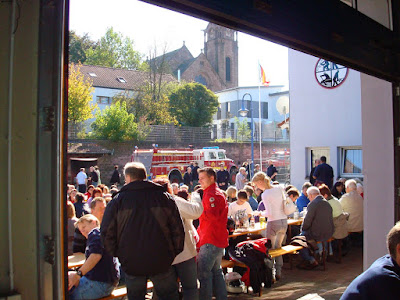 The exterior of the Weilerbach fire brigade. 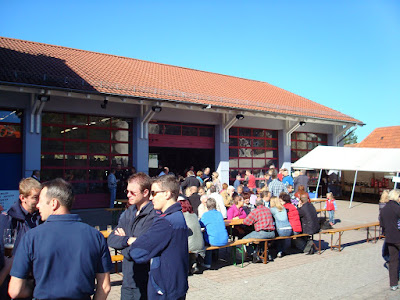 Me, Bridgette, Sigi, Bits and Donk. 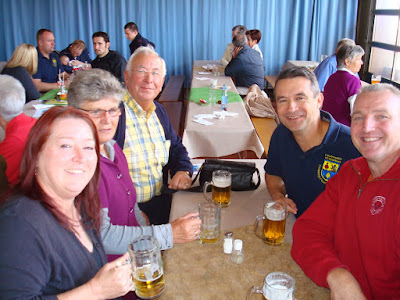 Here's the unique kids ride set up by the firemen. Those are three, operational police motorcycles that they attached to a rotating machine in the center. The kids would hop on and then go around and around. Every one of them making siren noises. 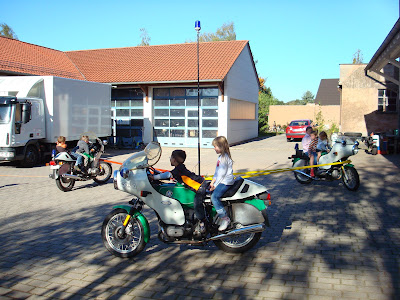 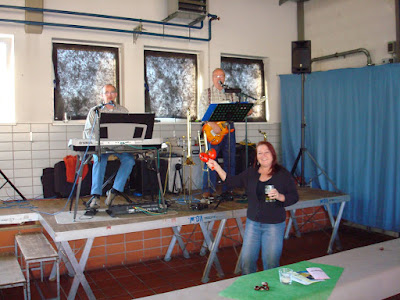 We met a great couple, John and Susi, both members of the Weilerbach Fire Brigade. John is a retired air force guy who now has a civilian job on base. John let me play fire woman. 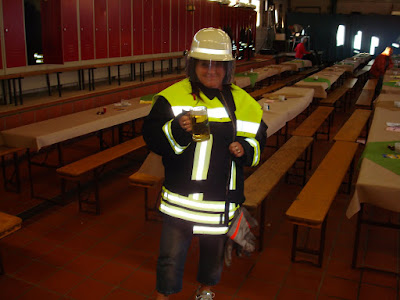 Here's another look at their fire fighter gear. 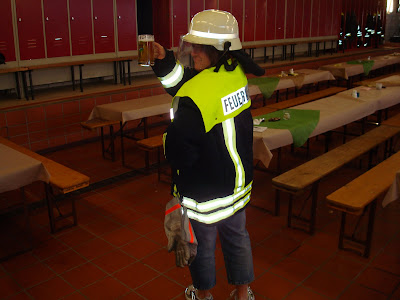 My new friend Susi, the fire woman, and I. 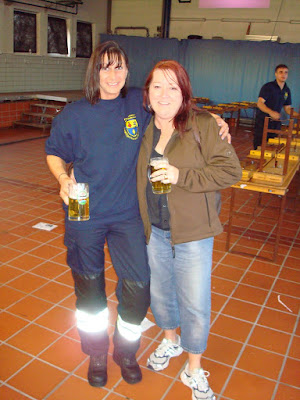 Hey look at me, I'm with the fire brigade! 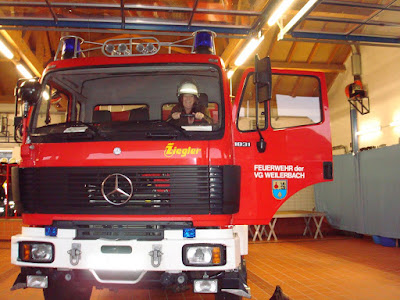 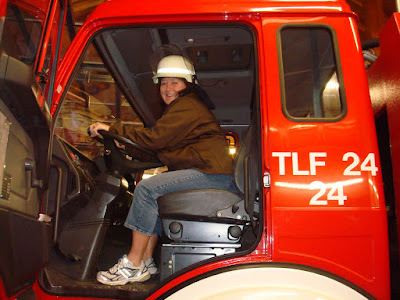