The Bischoff brewery is in the small town of Winnweiler, near Sembach Air Base on the east side of Kaiserslautern. This past weekend the brewery celebrated the 50th anniversary of their pilsner beer. Their brewery dates back to 1866 but if there's a reason to celebrate then you need to go for it. Having been a part of half of those pilsner fifty years we decided we owned it to Bischoff to make a showing at their festivities.

Here’s a big bill board on the walk up to the brewery. That’s genius, “Happy Pilsday.” 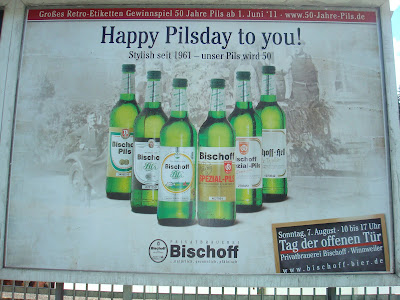 Bischoff set up their festival celebration right in the middle of their brewery grounds. Wonderful weather, fun people, good music, awesome food. Except for the weather part that kinds of standard for a German festival. 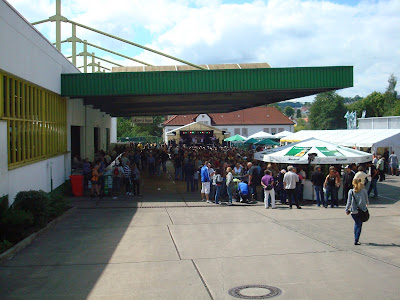 They make more than a Pilsner beer. Here’s the list of Bischoff products. 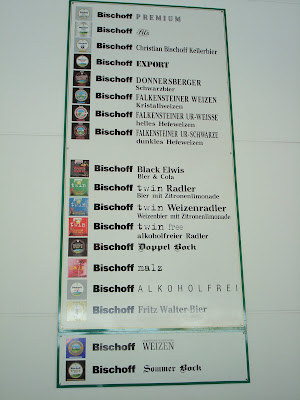 The Bischoff people were great !! They kept the brewery open and operating so that people could walk through and see a real, live operating brewering. Here’s a video showing the march of the green bottles.

This is just a demonstration area, the actual kegs are filled in another part of the brewery but what’s interesting is that Bischoff, like many German breweries, fills various types of kegs; wood, metal and plastic. 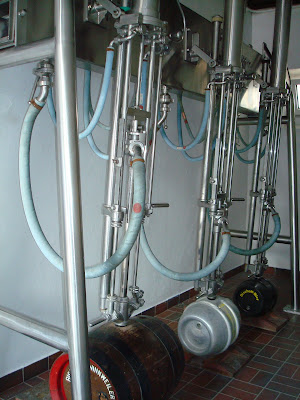 Here I am in the bowels of the brewery. Notice how I'm wearing Bischoff green. Big cooling vats, they were quite cold. 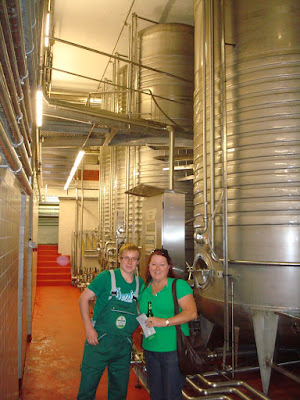 It’s always fun to watch a production line like this. How’s that machine know to turn those last four cases?

Stacked to the ceiling. Bischoff beer ready for the masses. 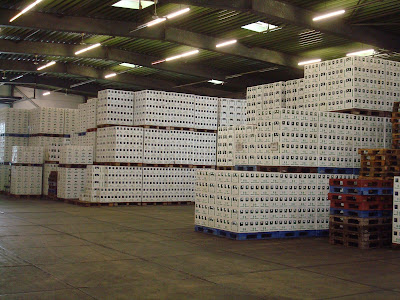 Satisfied customers. Killer, Rowdy (Jeff) and Cajun. These guys and their names. Always something macho, never anything gentle and consoling like Buttercup, Sunshine or Flicka. (Jeff has a vintage Bischoff shirt on we got when we visited the brewery about ten years ago. Only such shirt seen all day. The Pro from Dover.) 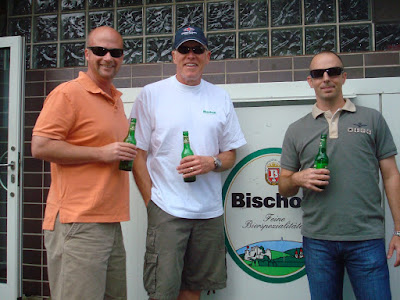 Germans know how to party and they start training their kids early. Here’s a cute video at the Bischoff celebration of a little girl that’s obviously been to festivals before and then transitions to the kind of festing she’ll be able to do in a few years.