After our night in Dresden and a morning city tour there we continued our drive to Poland. The reason for our trip to Poland was to visit the Auschwitz Concentration Camp Memorial. Ever since I was in junior high I’ve had a interest in World War II which includes the holocaust. Sandy and I have visited Dachau and Buchenwald. I’ve read numerous books on the subject, seen various movies and videos and with all that I wanted to see and experience the Auschwitz Memorial for myself.

Auschwitz is a huge complex. In addition to the two sites that we would visit, Auschwitz I, and Auschwitz II-Birkenau, there was one more main camp and 45 sub-camps. Our visit would take us 5½ hours and because of the number of photos we took and the subject matter itself I’ll break this up into two separate entries to our blog.

We arrived in Oświęcim, Poland and stayed in a hotel across the street from the entrance to Auschwitz I. The Memorial grounds open at 0800 and we were there then so that we could do a self-guided tour before the big tour buses arrived. We had bought a very good tour guide book and map which, with direction and information signs, made it easy and quite informative to do the tour on our own.

It’s believed that 1.1 to 1.3 people perished at Auschwitz and, although Auschwitz I was an administrative center for the entire complex, 70,000 prisoners died here. Orignally, the buildings at Auschwitz I had been former Polish army barracks. 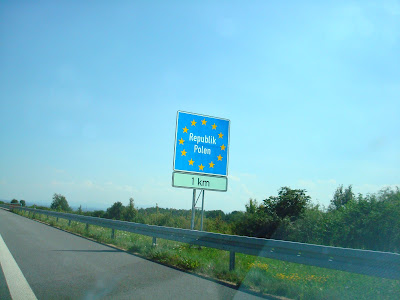 The night before our visit to Auschwitz.  The perimeter fence and guard tower. 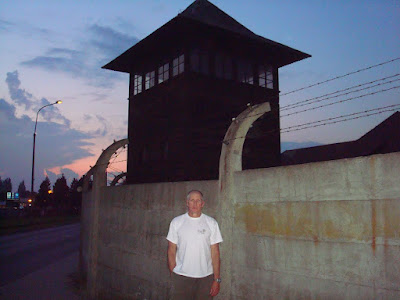 The entrance to the Auschwitz museum. 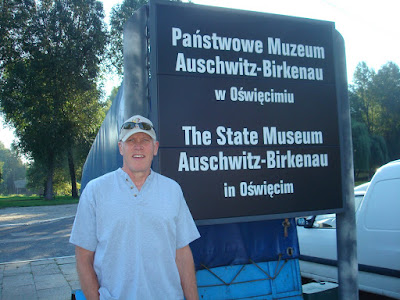 A map that shows the layout of Auschwitz I.  At the far left is Crematorium I and the upper right corner is Block 11, the Death Block. 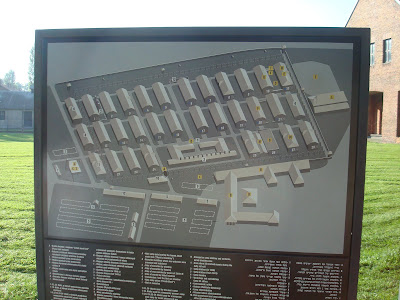 The infamous sign, “Arbeit Macht Frei”, work makes you free. This is actually a replica of the original which had been stolen a couple years ago and cut into three pieces. That sign was recovered and will now be displayed in the museum. 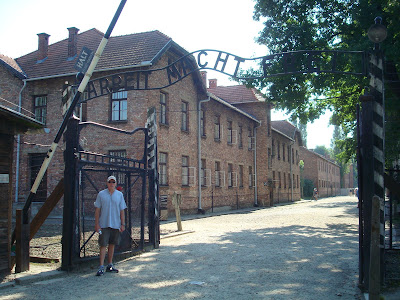 An artist rendition of the morning, five abreast, work details leaving the camp. 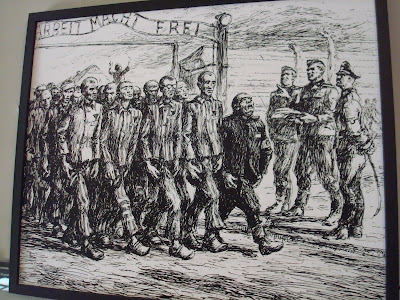 As work details were hurriedly marched to and from the camp an orchestra of prisoners would play along the roadside. The area next to this building is where that orchestra would stand and play. 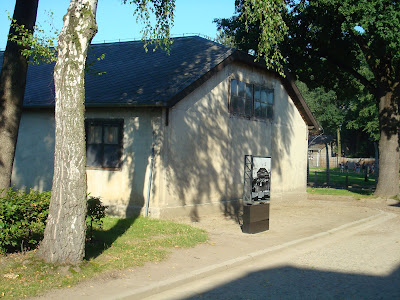 Electric fences of Auschwitz I. 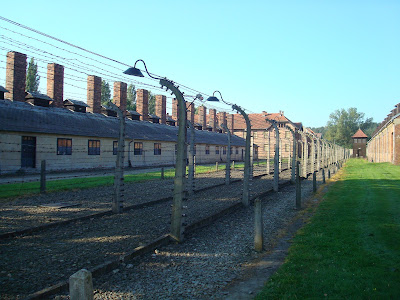 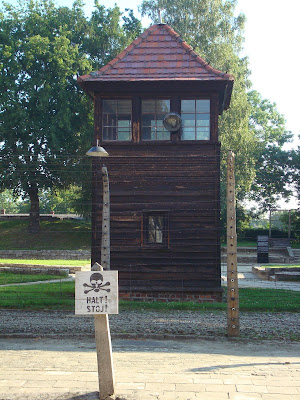 The buildings in Auschswitz I were called Blocks. Originally there were 14 single floor and 6 two-story buildings. From 1941 to 1942 eight new two-story blocks were built and a second story added onto all the single floor units. Auschwitz I would normally have 13-16,000 prisoners. 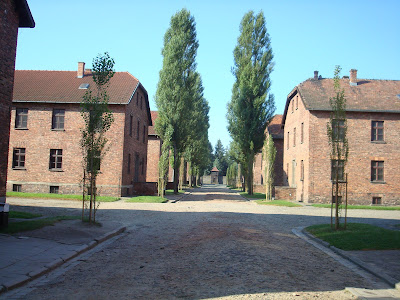 Block 10 was a women's prison. Various experiments were performed here on women including sterilization experiments. Women would also be intentionally killed so that autopsies could be performed. 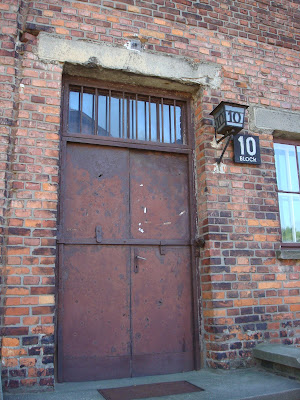 Block 11 was known as the “Death Block.” It was the camps central jail. In the basement are located the starvation and standing torture cells. During 3-5 September 1941 the first human experimentats with Zyclon B were performed here; 850 prisoners died from the gas. Entering Block 11 meant almost certain death for a prisoner. 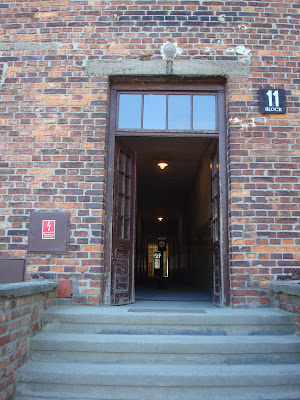 The exit doorway from Block 11 to the execution courtyard. 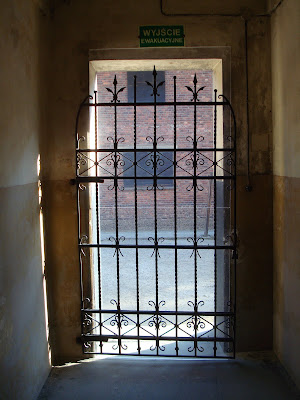 Thousands of prisoners were executed in this courtyard. Firing squads lined prisoners up against the far wall. 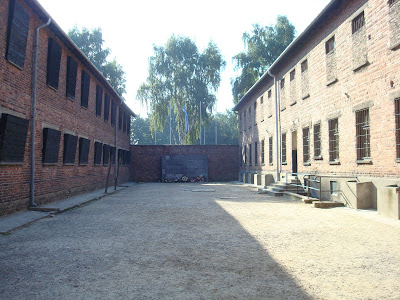 A closer image allows you to see the poles on the left used to torture prisoners in the courtyard. Prisoners hands were tied behind their back then they were lifted off the ground by their wrists and hung on the hooks at the top of these poles. Normally, both shoulders would be dislocated during this excrutiating torture. 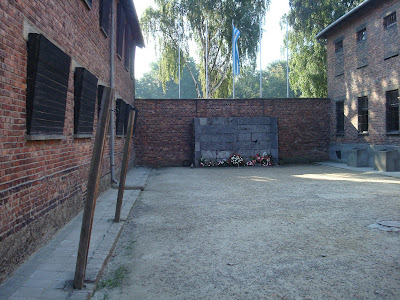 An artist’s depiction of the brutality in the Block 11 courtyard. 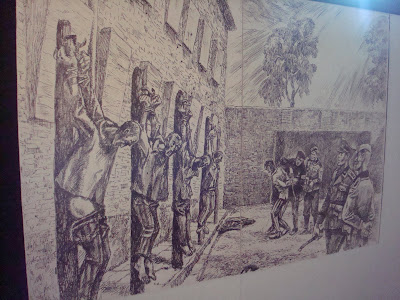 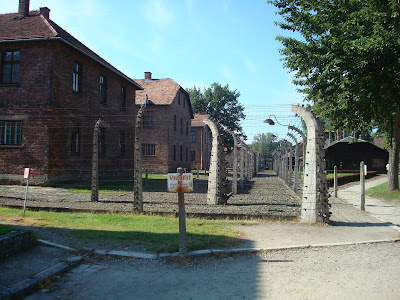 A drawing of the daily prisoner roll call. 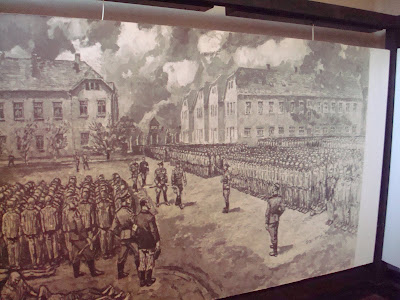 This is Assembly Square where roll calls would occur. Even in the rain or extreme cold these roll calls could take hours. On those bitter days the SS guard running the roll call would protect himself by standing in that booth. Take note of the horizontal bar beyond the booth. 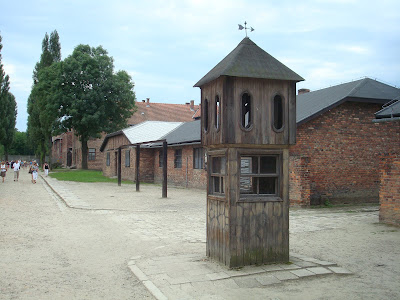 These horizontal bars are collective gallows where prisoners would be hanged during the daily roll call. On July 19, 1943 twelve prisoners were hanged here for making contacts outside the camp and assisting escapes. 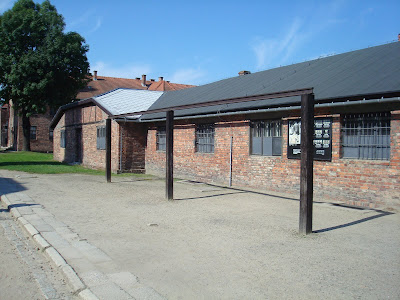 Crematorium I was built in Auschwitz I to determine the feasibility of mass extermination and the abililty to build bigger and more efficient facilities at Auschwitz II-Birkenau. 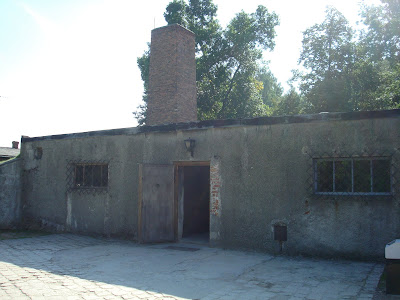 This room in Crematorium 1 was originally a mortuary but was converted to a gas chamber. The holes in the ceiling where Zyclon B tablets would be dropped are still visible. 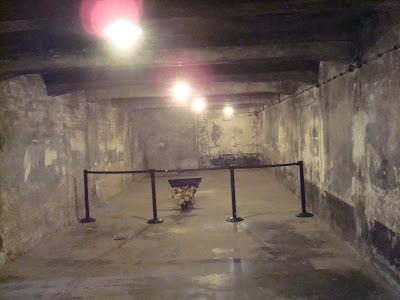 These ovens in Crematorium I were destroyed at the end of the war but museum personnel rebuilt them to specifications using the original metal parts. 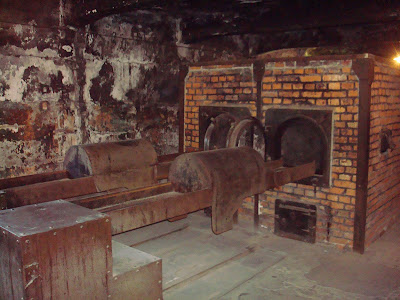 Thousands and thousands of inmate photos like this were on display in the hallways of various blocks that were open for viewing. 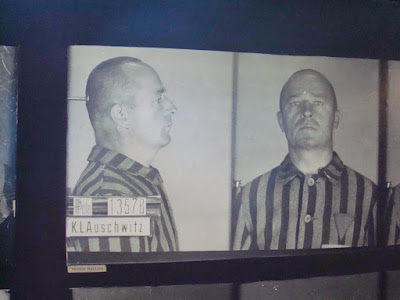 Rudolf Höss was the commandant of Auschwitz for most of the camps five year existence. In this photo, the far building is the home where he lived with his wife and children, just outside the camp fence. 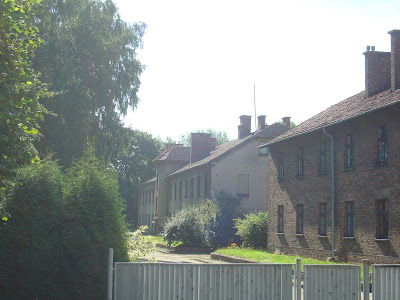 These gallows were built to hang Rudolf Höss on 16 April 1947. They are located just behind Crematorium I and a couple hundred meters from the home he shared with his family. After his capture in March 1946 he was very open and even proud of his efficient accomplishments at Auschwitz. Although possibe bravado, by his own estimation, 2.5 million people were exterminated there and with another 500,000 deaths from disease and starvation. 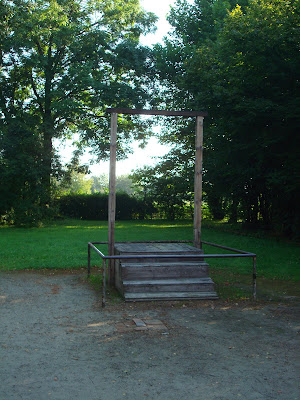 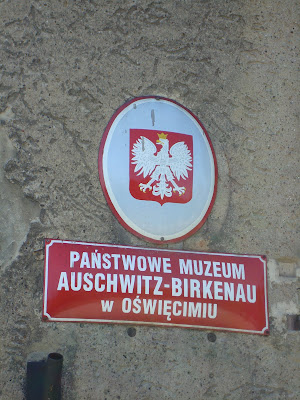 Some of the Internet sites recommend at least 3 1/2 hours to visit the entire museum complex at Oświęcim. Auschwitz I took us three hours itself so we felt we'd covered it pretty well. From here we'd take the museum shuttle to Auschwitz II-Birkenau, a 2.2 kilmoter ride, to the massive concentration/extermination camp.