Last Saturday I had two missions. First, I needed to do some clothes shopping; not one of my favorite things. Second, visit Heidelberg Castel. So, quite simply, I went to Heidelberg to shop and then visited the castle. Yes, I made Jeff go with me to be my runner during the shopping portion of the trip so you can imagine how happy he was about that. Here are the images of our day.

Before we hit the stores we stopped at Strohauers, sat outside and watched the shoppers passing by and had a beer. With an amber nectar to fortify our nerves we pressed into the stores. 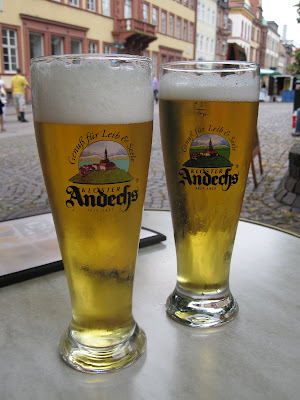 Shopping is over. Bags put in the car. We drag ourselves to the first place available for the needed recuperative powers of the amber nectar, The Dubliner. So, we’re in Germany, having a beer in an Irish pub, eating Mexican nachos. We are so internationally eclectic. 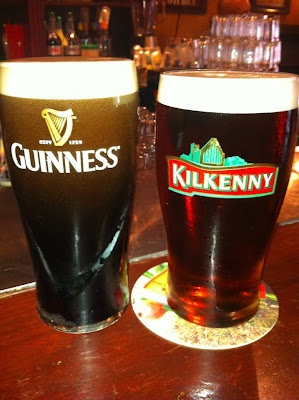 So we’re completely recovered and on our way to Heidelberg Castle walking along Hauptstraße. It’s always interesting to look up in Europe because inevitably you’re going to see something of interest. This is a common sight, some statue guy on the corner holding a glass of wine. 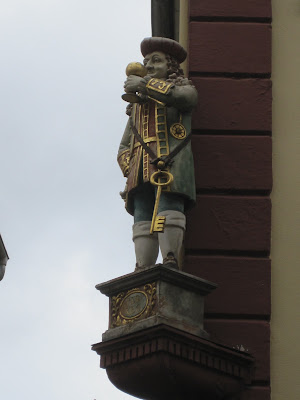 There’s our destination high above the city, Heidelberg Castle. Heidelberg Castle is quite a hodge-podge of building designs. The oldest section of the castle dates back to 1214. Eighty years later it was expanded to two separate castles. Over its history it has been damaged by war, fire and twice, heavily by lightning. There were initiatives to completely restore the castle in the late 19th century but eventually, due to cost and public outcry, those restoration plans changed to preserving the castle in its present state. 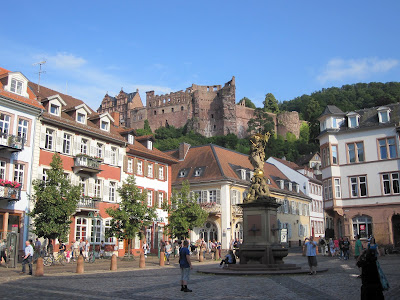 We’re taking the funicular train up to the castle. The castle is actually the first stop of three on the way to the top of the Königstuhl (King’s Seat). 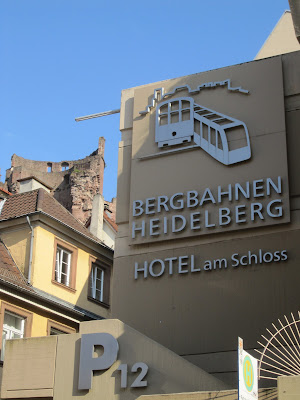 Here’s the train arriving to take us up to the castle. 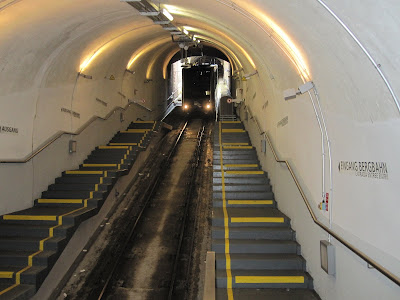 The Heidelberg old town from the castle. On the left is the Church of the Holy Spirit which, interestingly, at one time served both a protestant and catholic congregation. On the right is the Alte Brücke (Old Bridge) over the Neckar River. 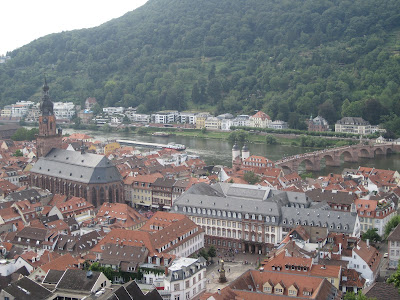 Images of the castle; the various building styles and eras are quite obvious. 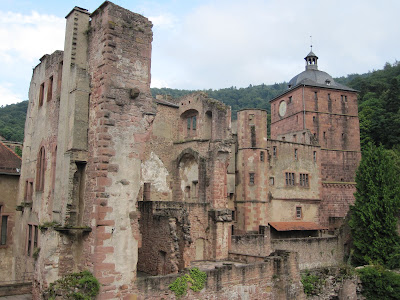 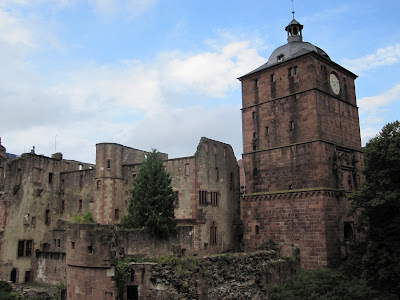 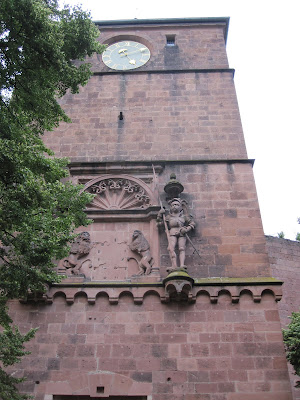 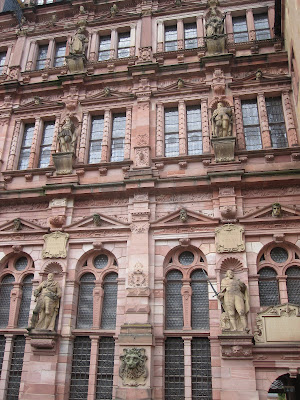 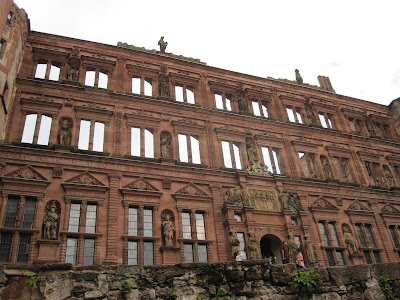 The Heidelberg Castle Powder Turret blown apart in an explosion. 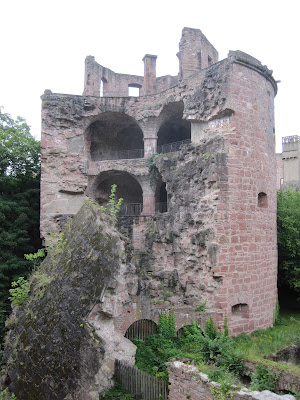 In one of the lookout points over Heidelberg and the Neckar River. 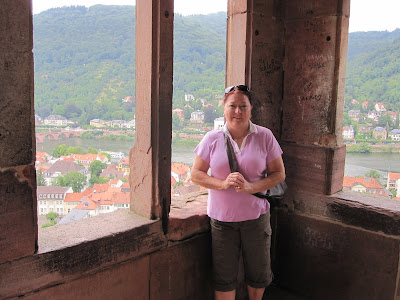 Way up high on the castle is this strange rain spout. I think that’s some kind of rooster. 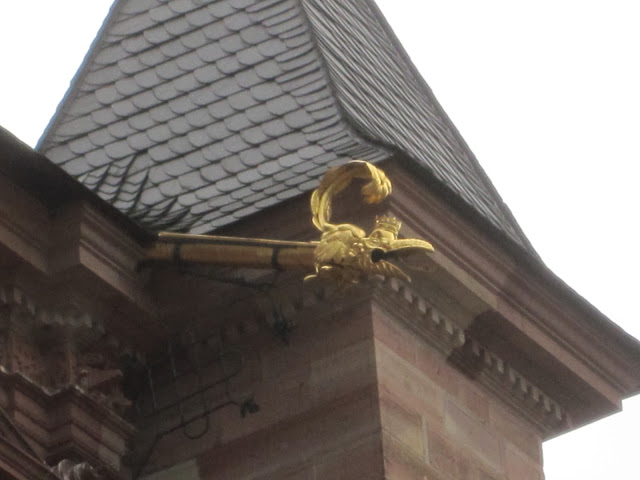 Inside the castle; here’s a BAB, Big Ass Barrel. 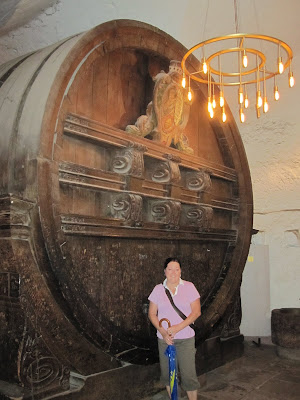 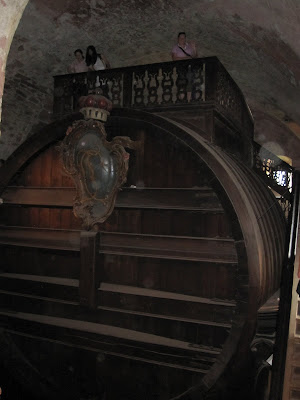 OK, the day is done.  Forty-five minute drive west, straight across the Rhein valley, up onto the Pfalzwald and we're home.  Shopping really wasn't that bad, Jeff's just a wimp.  Heidelberg Castle square filled.  It was a good day.  PROST!!!