Sunday morning we left Bad Durkheim and trained to Muncih where we arrived at 1330 and checked into the hotel.  From there we visited Hirschgarten, largest beer garden in the world, and Augustiener Keller, third largest beer garden in Munich with a wonderful beer hall.  From there we took the underground and a tram to Hofbrau Keller (not to be confused with the Hofbrauhaus).

Here are Marshal, Lisa and I at our table in the Hofbrau Keller. They serve just about the best Schwein Hax'n in all of Germany. The Hofbrau Keller is a bit off the beaten path so there’s usually not an overwhelming crowd but it has a wonderful, warm, inviting atmosphere and a good size beer garden too. 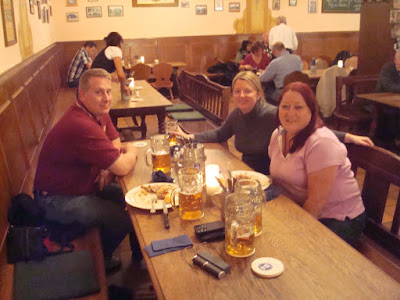 Jeff and I with Marshal at our Hofbrau Keller table, a Stammtisch. Luckily, no locals showed up to bounce us off this locals table. 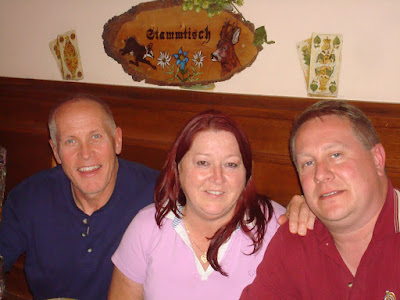 After a great meal at Hobrau Keller we needed to fill the Hofbrauhaus square and were luckily enough to be offered a seat at one of the Stammtisch tables there. There were just a few German locals at the regular’s table right in front of the bandstand so we fit in quite well. This video shows some of the fun we had while we were there in the Hofbrauhaus; the cute German lady that invited us to sit with her asked us to sing along with her and then got Weezer us to dance with her, then some strange red spandex lederhosen. 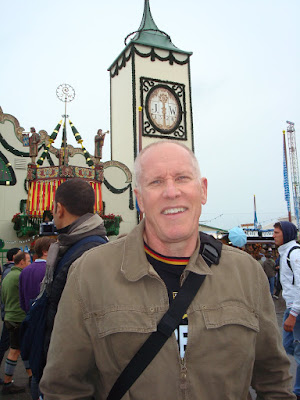 Monday night we were in the Löwenbräu tent. Here’s our group, me, Weezer, Simo, Mike, Marshal, Lisa, Gloria and Jeff. 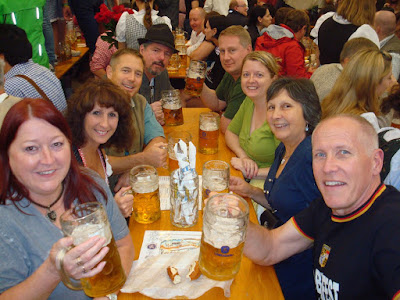 Jeff and I in the Löwenbräu fest tent. 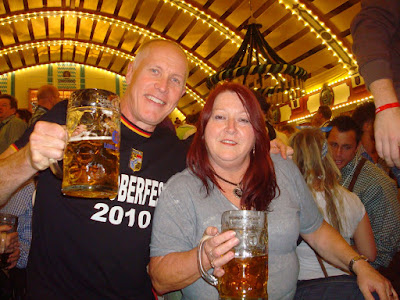 A scan of the Löwenbräu tent from our table right in front of the bandstand.

Another scan of the Löwenbräu tent but this time we go vertical. You might recognize this traditional German tune. 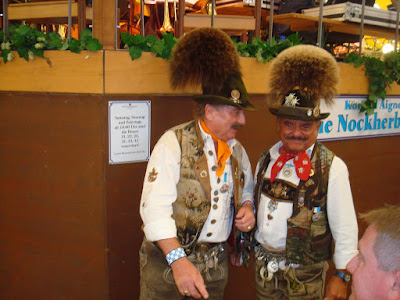 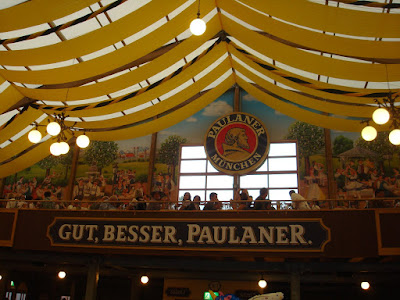 Don't you just hate those couples that wear the same shirts. 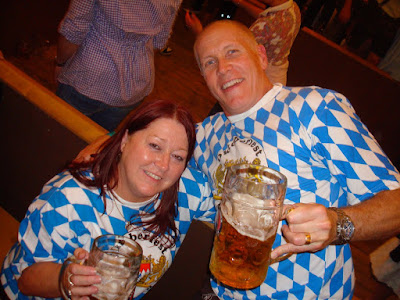 So this is what that lederhose flap is for. 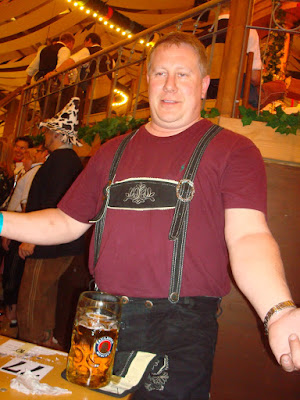 Walking out of the tent on the way back to the hotel. The statue Bavaria at the southeast end of the Oktoberfest grounds. 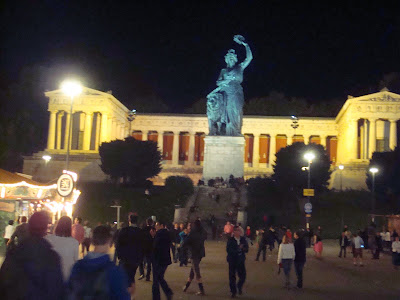 The Paulaner and the Löwenbräu towers, our two tents at Oktoberfest 2012. 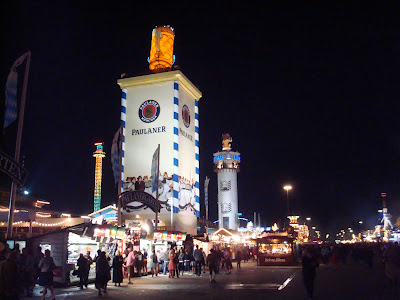 Well, another successful Oktoberfest, our 14th. Next year's Oktoberfest is going to be a very special one for us, besides being our 15th, but you'll have to wait until then to learn why.  We're very excited about coming back to the world's largest festival in 2012.