After our Friday day and evening in Karlsruhe we made the short half hour drive to Sinsheim.  Our reason for visiting Sinsheim is their Auto & Technik (Techinical) Museum.  Sinsheim is in the German state of Baden-Wurttenberg, part of the Rhine Neckar region, just a half hour southeast of Heidelberg.  We've driven by Sinsheim and the museum on the A-6 at least fifty times on our way to or from Munich.  In the past we were always in a hurry to get to where we were going and looked at the museum from the autobahn with a bit of passing curiosity   However, since we had been in Karlsruhe the day prior and so close we decided it was time to visit the Sinsheim Auto & Technik Museum and we're certainly glad we did!

This is our normal view of the Sinsheim Museum as we pass by on the way to Munich. 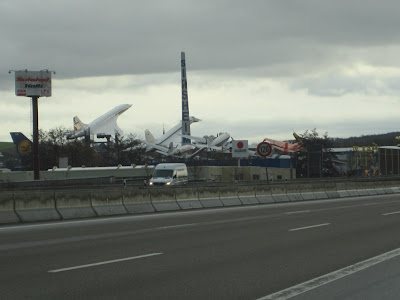 The Sinsheim Auto & Technik Museum opened in 1981 and is owned by a private association that also owns the Technik Museum in Speyer.  Over a million people visit the museum each year.  The highlights of the museum are the Air France Concorde and the Russian Tupolev 144, making Sinsheim the only museum in the world that displays both supersonic aircraft.  Sinsheim Auto & Technik Museum is the largest privately owned museum in Europe.  Here you can see one of their static airliner displays with slides for kids.  Sinsheim has really made the entire museum family and kid friendly. 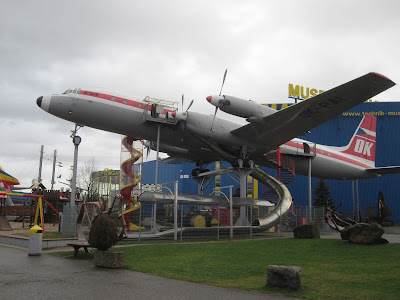 Lots of pristine displays at the museum including the Fokker Trimotor here in the middle. 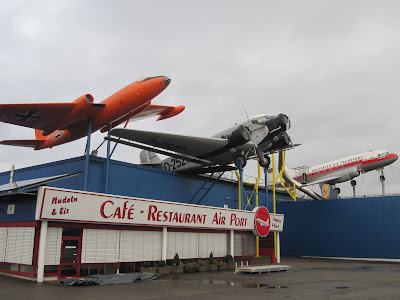 A colorfully painted Russian Su-17 Fitter.  Behind in the blue building is the museum's 3D movie theater that shows various films throughout the day.  If you want to see the flying film it's shown at 1500 (3PM) and 1800 (6PM) each day.  When I say each day, I mean it.  The museum is opened 365 days a year. 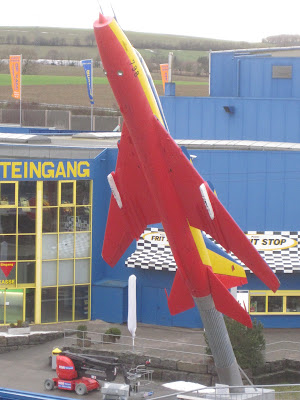 The museum's Tupolev 144 which was first put on display in 2001.  It is completely accessible by visitors to the museum who can enter at the back of the aircraft and walk all the way up to the cockpit. 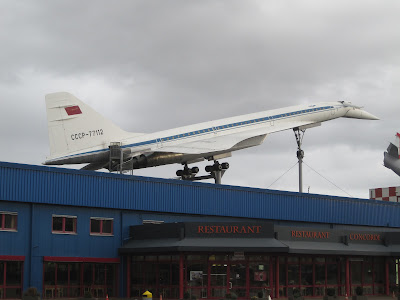 The Concorde was donated by Air France in 2003 and can be entered just like the Tupolev 144.  Inside the museum films is show how both aircraft were delivered to the museum; a pretty amazing story in its self. 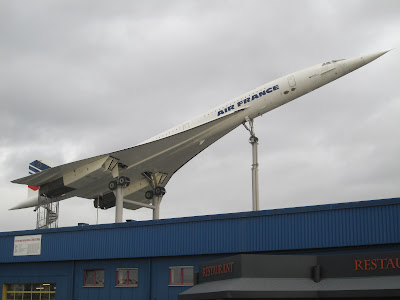 The Sinsheim Auto & Technik Museum is not some cheesy car or plane museum.  Every display is in top-notch condition and there's so much to see. 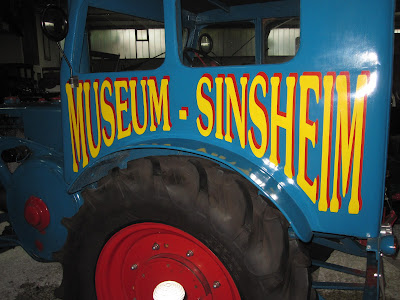 Every car on display is pristine. 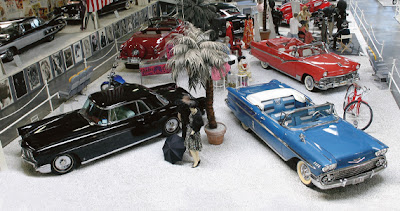 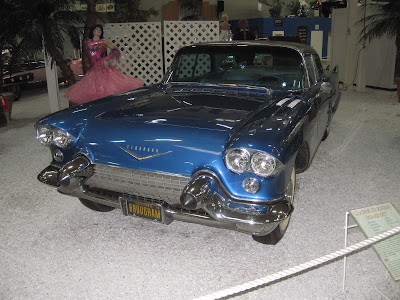 The bumper of the same Cadillac Eldorado.  Only about 900 of these cars were made because they were so expensive to build. GM lost $10,000 on every car it sold. 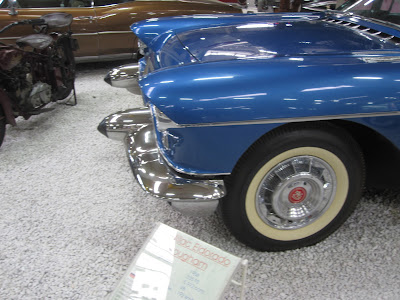 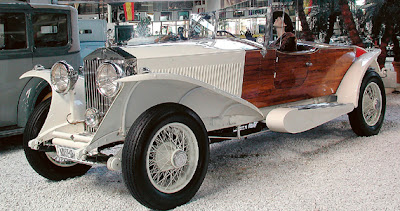 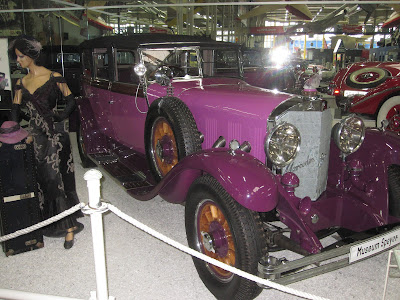 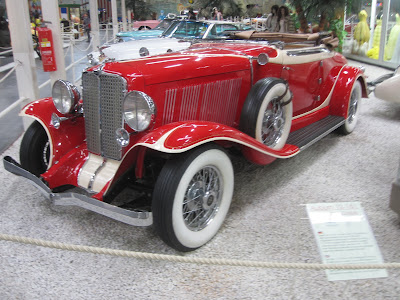 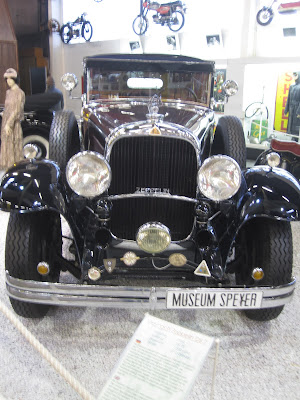 Not just old cars either.  Relatively new Ferraris, Porsches, Maybachs and pretty much everything imaginable. 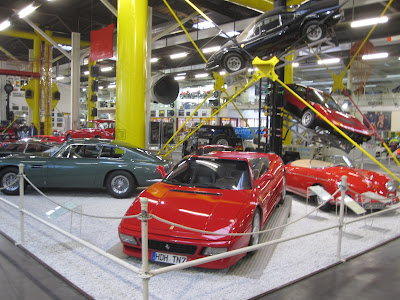 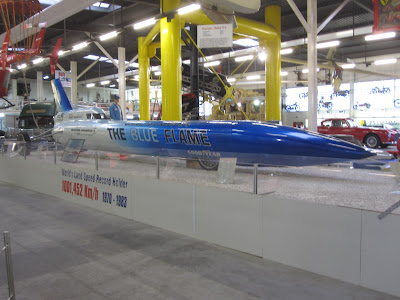 There's everything here. Planes, cars, tanks, locomotives, artillery, musical organs, motorcycles and every one of  them is in perfect condition. 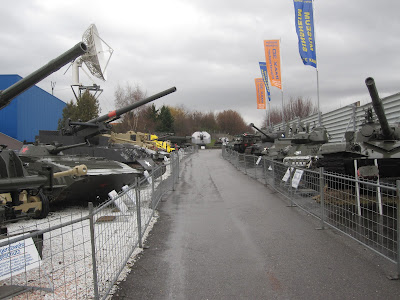 Well, this Stuka isn't quite perfect.  This is a early WW II German Stuka dive bomber that was found after the war and donated to the museum. 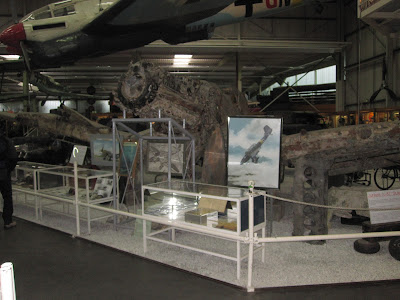 An F-104 Starfighter that the German Luftwaffee flew from the 60's and into the 90's. 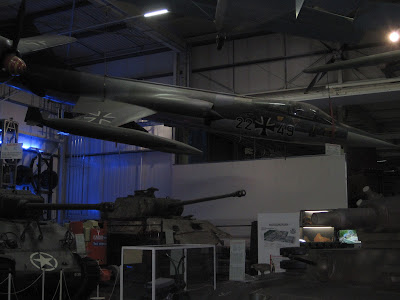 This is the Sinsheim Museum Be a Jet Pilot display.  For a couple Euros you get all the jet fighter sounds and are able to bank and climb and dive this aircraft. 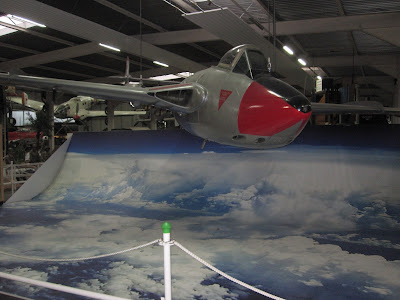 My favorite part of the museum.  I love trains!! 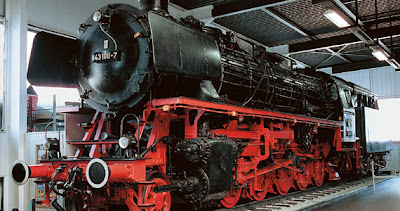 Look at me, I'm the engineer!! 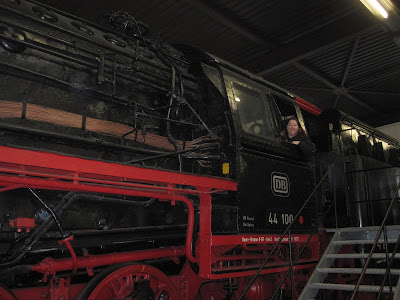 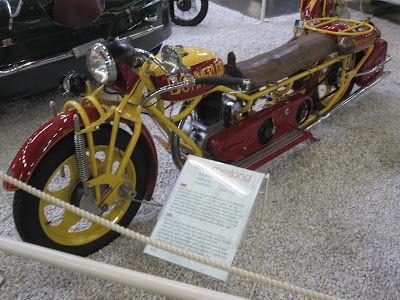 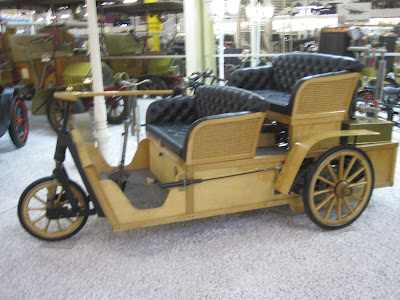 Even a two-man submarine. 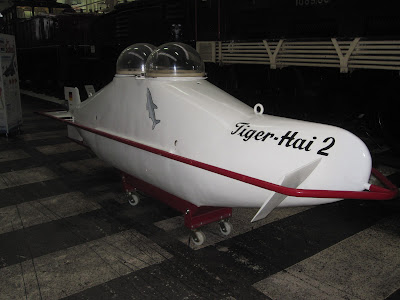 The Sinsheim museum was educational, fun and simply awesome.  Here's a video that shows just a small part of the wonderful sights and sounds that you can experience at the Sinsheim Auto & Technik Museum.


Did I mention that there's all kinds of musical organs in the museum.  Here's one that was extra special.  Do you recognize the song?*  Take special note of the paper feeding into the organ and the picture of the guy building these music sheets.

Now we're on the roof of the museum about to go into the Concorde. 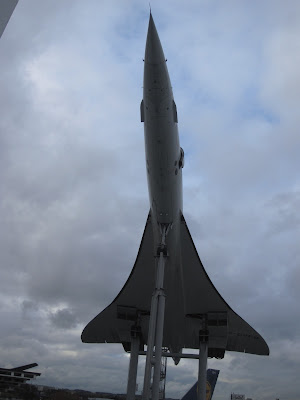 It's a steep walk up to the cockpit.  Most of the seats are still in place but cover by a plastic wall. 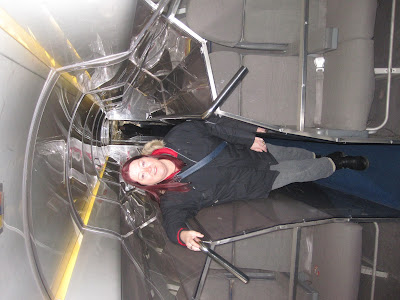 The Tupolev 144, commonly called the Concordski 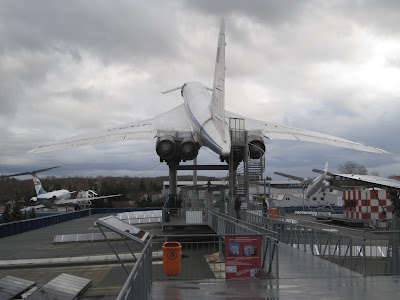 Glad they put this sign in English as well as Russian or we may not have found our way out of the Tupolev. 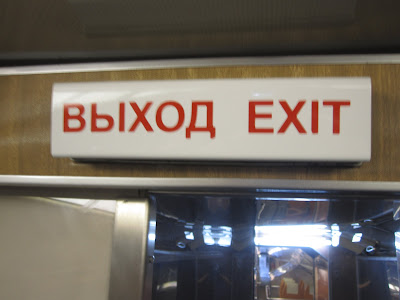 The Sinsheim Auto & Technik Museum was wonderful; perfect for kids, big and small, young and old.  They have everything you need for a great day out; restaurants, playgrounds, 3D movies and even a hotel if you want to make it a two-day adventure.  We're so happy we finally stopped by the museum in Sinsheim after passing it by for the past twenty-five years.