This past weekend we had a plan for three stops; Karlsruhe, Sinsheim and Freinsheim.  Our first stop was Karlsruhe which was a one hour fifteen minute drive from our house.  Here's a little bit of history about this city in Germany that, today, most Americans pass by on the way to Baden-Baden, the Black Forest or Switzerland.

Karlsruhe is a city in the German state of Baden-Württemberg about an hour and a half south of Frankfurt, very near the French border to the west. The city was built in a unique circular design around the Karlsruhe Schloss (palace) which was constructed in 1715. Prior to the Schloss the area had been part of one of the hundreds of principalities, kingdoms, duchies and independent sovereignties that made up what is now present day Germany.  It's possible that the city design of Washington DC, which has a similar circular design, was modeled after Karlsruhe because the city planner for DC did indeed have the Karlsruhe plans, as well as other European cities. Karlsruhe's circular street plan has the Schloss tower at the center with 32 radiating streets. Today most of those original 32 streets still exit and the city has expanded along them.

An interesting side note; Baron Karl Friedrich von Drais, who was born and died in Karlsruhe, invented the Laufmaschine (running machine) in 1818, which would evolve into the bicycle.

US forces were stationed in and around Karlsruhe from the 1950's and into the 1970's but have long since moved out.

We stayed at a wonderful hotel in Karlsruhe, the Kaiserhof.  If by chance you ever visit the city stay here and ask for room 320 for a very pleasant surprise.  It happens to be on Karl-Friedrich Straße, named after the same guy that invented the bicycle.  The Kaiserhof is also right across the street from the Marktplatz (market square) the city's main square and the location of their Christmas market. 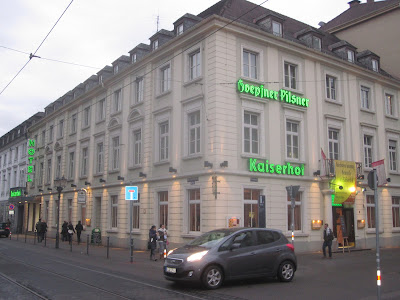 A pretty sign at the corner of the Kaiserhof (kings court) states, Zu Gast beir Freunden (To make Friends).  They certainly do a good job of that. Also, note at the bottom, Hoepfner Pilsner, the local brewery and even a prominent H on a flower of hops.  Pretty cool! 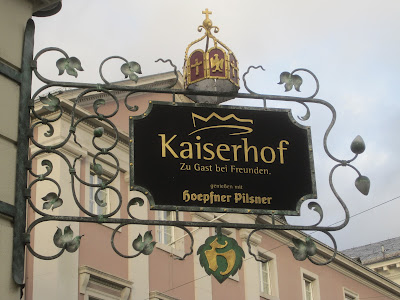 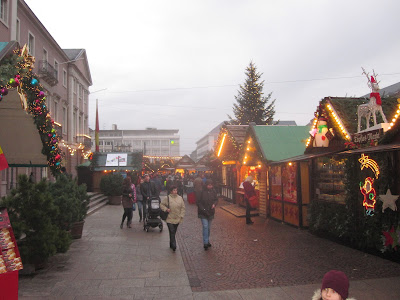 Beautiful setting for the Karlsruhe Christmas market in the city's Marktplatz.  This was really a pretty market. Look at the evergreen on this candle vendor; really impressive. 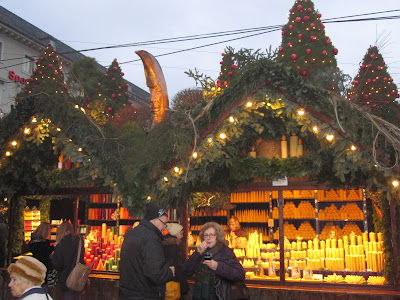 A pretty, plain lit tree in the center of the Karlsruhe Christmas market. 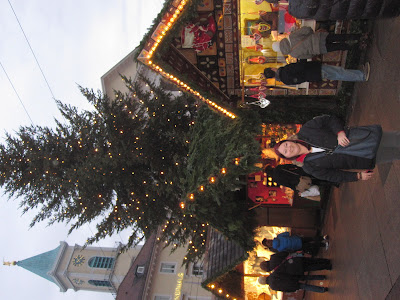 All the vendor booths were pretty, warm and inviting. 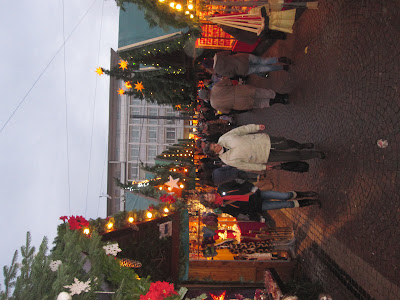 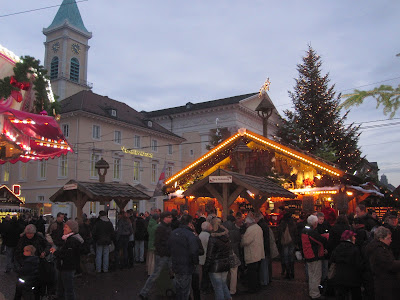 Oh yeah, gotta have some Glüwein and the stuff in Karlsruhe was very good.  Here's a warning. When you take a drink of Glüwein be careful not to inhale as you bring the drink to your lips.  Otherwise, you're going to get a lung full of Glü gas.  It has kind of an effervescent quality that will  take your breath away. 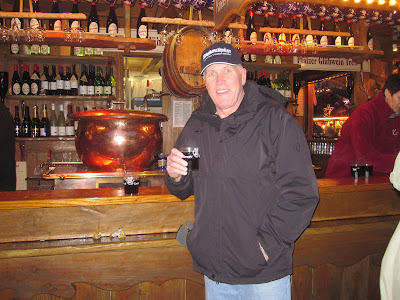 A vendor selling Schneeballen (snow balls).  These are essentially pie crust rolled into a ball and covered with all sorts of wonderful flavors. 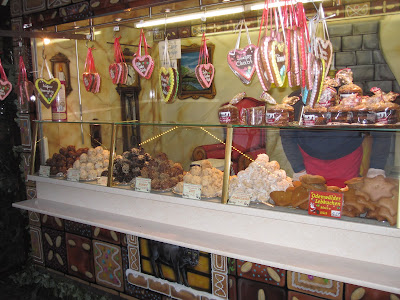 A Christmas decoration vendor.  Wonder who pays for their electric bill? 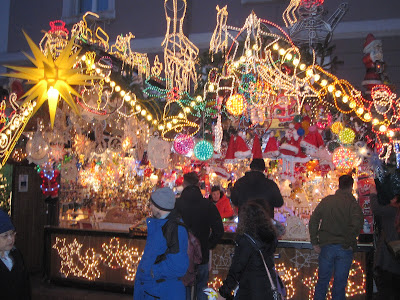 A vendor who sells chocolate tools.  Pliers, screw drivers, tin snips, they got it all.  6 Euros for the cheapest tool. 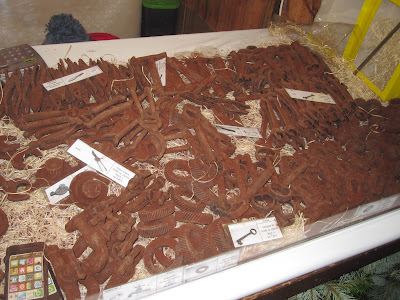 You know, Christmas markets can really wear you down.  So sometimes you just gotta get away to a nice gasthaus.  What a break!  Just down the street is Litfass! 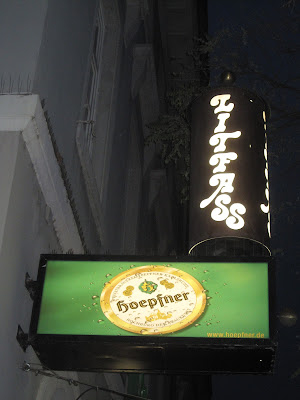 That's what I'm talking about.  A bit of the amber nectar for immediate rejuvenation 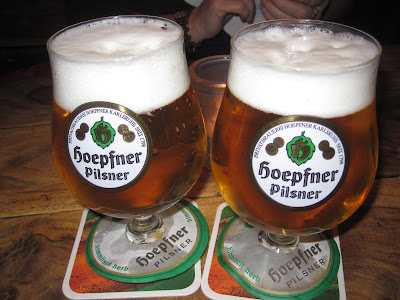 Back to the Christmas market.  I have got to get a crepe before the night is done, so here we are.  They make all sorts of crepes but as you can see here, they get a lot of orders for some sort of chocolate crepe with an assortment of other flavors. 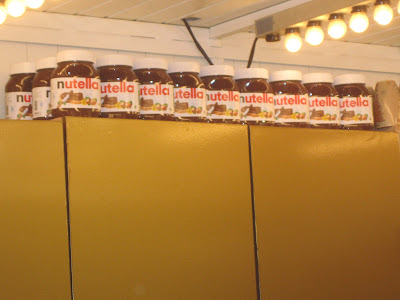 I got a chocolate and Grand Marnier crepe.  Scrumptious!!  Here you can watch the process.  While we were there they got a big order for chocolate bar crepes.  Later there were a few orders for ham and cheese crepes.

Really fun day at the Karlsruhe Christmas market and we're back at our hotel, the Kaiserhof.  To finish the night we shared a stick of chocolate covered strawberries.  Jeff had the Hoepfner Pilsner and I had a glass of Merlot. 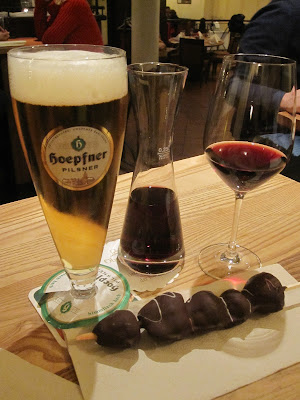 Karlsruhe was just the first stop on our weekend plan and it certainly was worth the drive.  Great hotel and very nice city.  The rest of the weekend was more of the same but that's for our next blog.  PROST!!
Posted by Sandy and Jeff at Monday, December 17, 2012