Well all our kids were here for ten days. Kelly stayed an extra week for the Berlin marathon so she was here almost three weeks. She left on a Wednesday and Jeff's dad arrived on Friday for week long visit. We just stayed around the area and did a few day trips but we made sure that Dad got his fill of schnitzel, brats, beer and wine. Here's some of the sights and sounds of Grandpa Wickstrom's visit.

We definitely wanted to show Dad one of the little village festivals that are so plentiful in our area.  Although it's the end of the wine/village festival season, we were lucky enough to have an early October village fest just a half hour away in the small town of Offenbach-Hundheim.  We arrived just after the parade on Sunday and so the festival was just warming up when we got there. 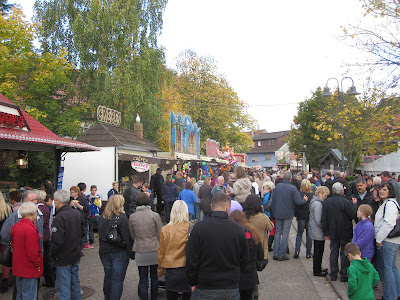 Pretty obvious this is a fall festival with vendors like this one selling painted pumpkins and gourds, plus these flowering artichokes. 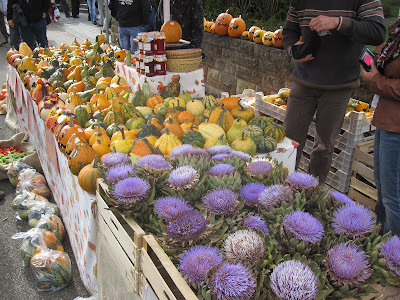 Offenbach-Hundheim had this very nice beer/wine tent with a quite talented band. 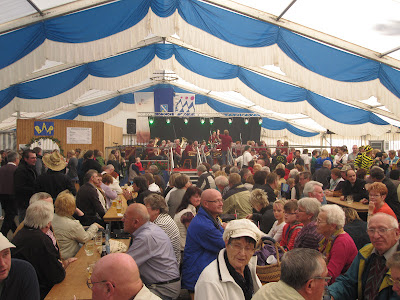 Like I mentioned, we missed the parade but it was quite obvious that one of the themes of the parade must have been cowboys . . . 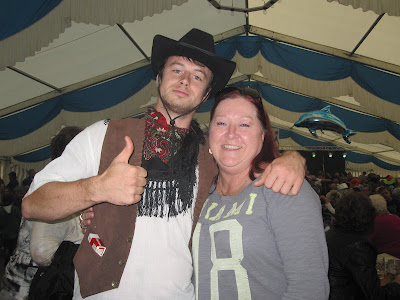 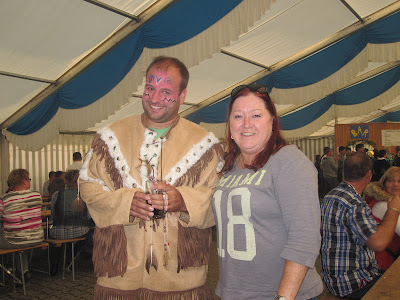 And hippies, or maybe Willie Nelsons. 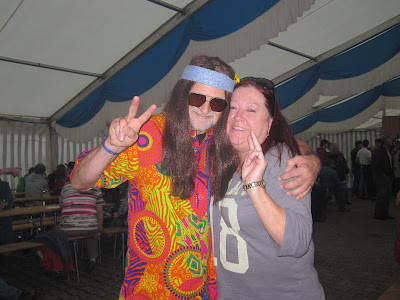 The band was most enjoyable.  Here's an interesting tune that some of the USAF fighter pilots in the crowd might recognize.  Probably the most famous fighter pilot song of all time; Dear Mom Your Son Is Dead.  You can sing right along.


This guy would carry that wire basket out full of bottled drinks and bring it back full of empty bottles and mugs.  Not like Munich's Oktberfest. 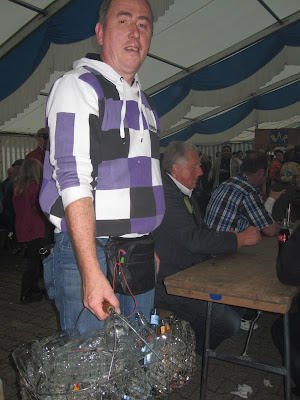 This was an interesting guy.  I told him I liked his racoon tail.  He wanted to make sure that I knew that he wasn't the first guy to wear this outfit.  He's wearing a memorial shirt of his costume mentor. 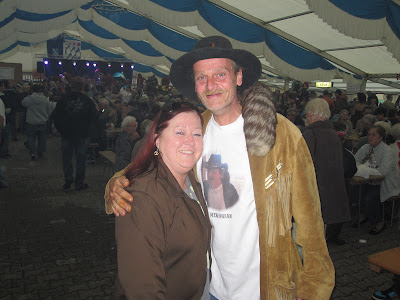 OK, Grandpa, right, is getting a little crazy.  Time to get him home, he's 84 after all.  In typical fashion, the gentleman on the left was a very nice German, who lives very near us, and was great fun to talk with.

On a very pretty day we drove up to Bernkastel for a late lunch.  Here's Jeff's dad at one of our favorite watering holes in Bernkastel, Bitchen.  Powered by Bitburger. 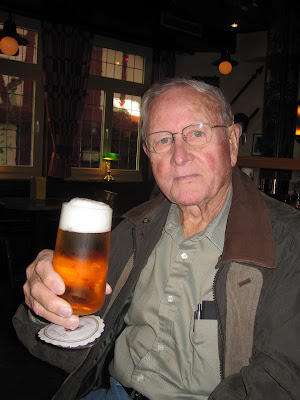 Jeff and Dad. You can't go to Bernkastel without taking a picture of a half-timbered building. 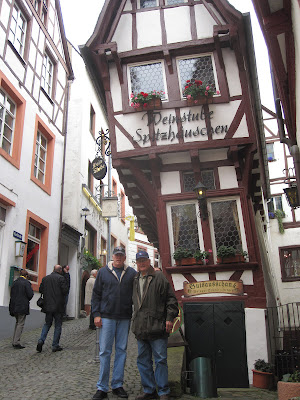 Dad and I on the shores of the Mosel River.  Kues is across the bridge on the far shore. 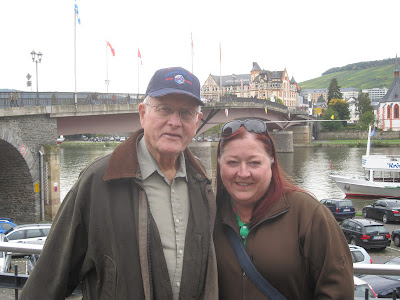 We're on our way to Ramstein Air Base for a couple beers at the Belgium Bar and then a great German meal on base at the Deutsches Haus.  Jeff and Dad. 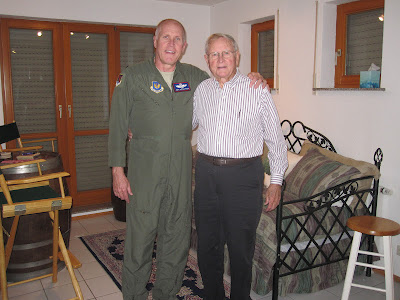 That was a quick week.  Jeff's dad left the next morning.  It was so wonderful to see him doing so well.  What a great four weeks we had with all the kids and Dad; made our German experience just that much more meaningful.
Posted by Sandy and Jeff at Tuesday, October 16, 2012