Last week Jeff and I took a nice walk around one of the perimeter paths on the outskirts of Weilerbach. Here are some of the unique sights and pretty landscape you can see on a country walk in Germany. 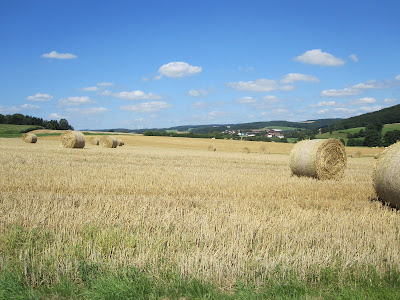 Me and a big ass biscuit hay bale. 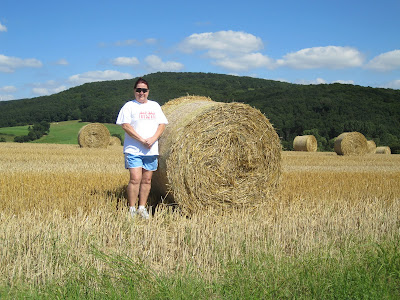 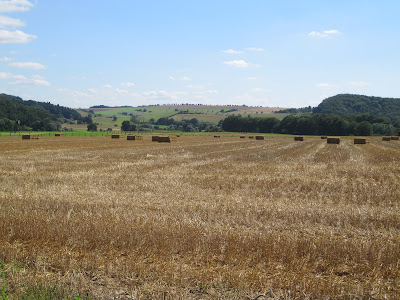 This is a little hamlet, Samuelshof, just outside Weilerbach. There are just eight homes in Samuelshof but it’s pretty typical here in Germany to name a small cluster of homes like this. 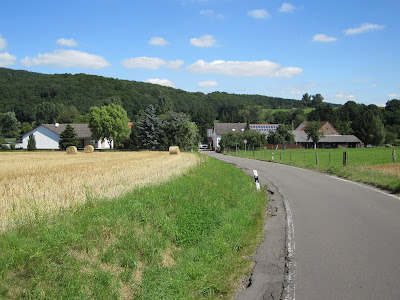 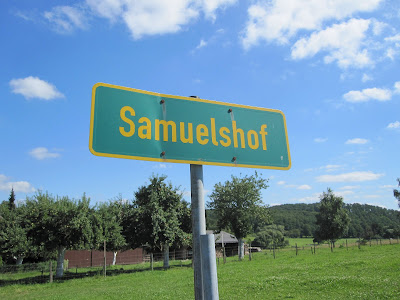 One of the houses in Samuelshof. That big entry way on the right was probably one big barn door or something similar at some time in the past. 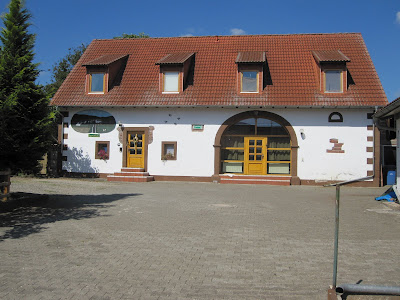 Just across the road from the house above were farmers hard at work. 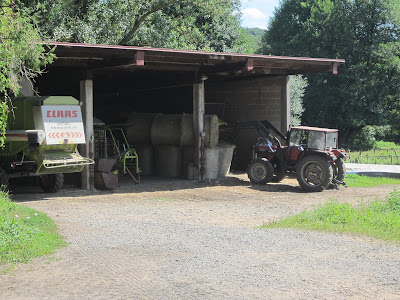 Just beyond Samuelshof is this sign prior to crossing a bridge over a small creek. That yellow oval sign is a holdover from the cold war days. It indicates how many metric tons a truck or military tank can weigh and safely cross that particular bridge. These signs are still quite common across Germany but they are no longer placed on new or refurbished bridges. 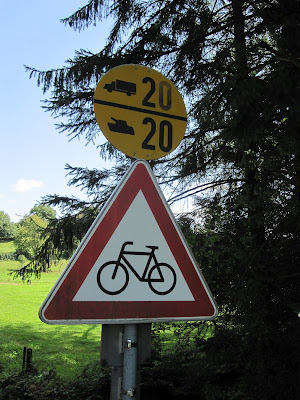 Kröten-wanderung. Toads walk way. I walk by here quite often and I've never seen a toad, frog, salamander or newt. 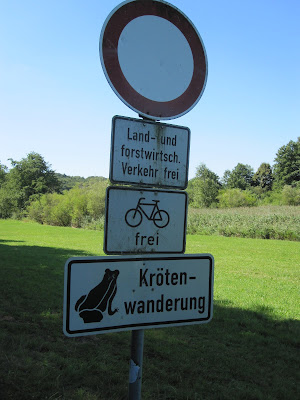 A new hunting seat. They're called a Hochsitz.  I did a blog about these contraptions if you’re interested in some details. These Hochsitz are quite common in Germany. 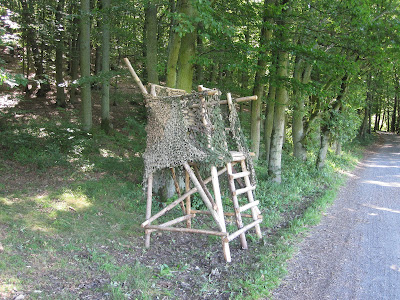 Jeff in Hochsitz.  Hunters will use these seats for deer, wild boar and all sorts of birds. 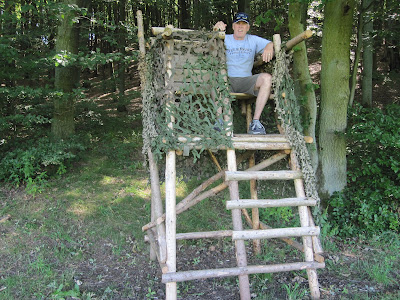 Back in Weilerbach and an old half-timbered building that’s being renovated.  I think this is the only building of its type in Weilerbach. 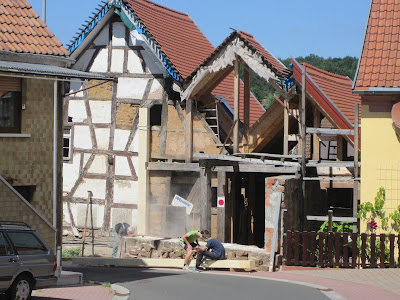 So, there you have it, just some odds and ends from our walk on a sunny day in Weilerbach, Germany.
Posted by Sandy and Jeff at Friday, August 24, 2012