For the third consecutive year Jeff and I attended the Residenzfest in Kirchheimbolanden. Kibo is the town we lived in here in Germany 25 years ago and this is one of our favorite little festivals because of the quaintness but also the magnificent setting of the town.

These flags greet visitors to Kirchheimbolanden as they enter the town from the autobahn. They are the European Union, Germany and the city flags. 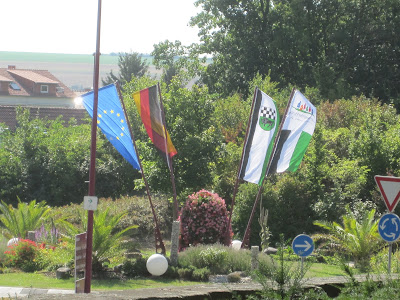 Every year during the Residenzfest Kibo has races for various age groups. These two gentlemen are obviously part of the older generation. Not sure what the significance of him carrying the broom but it’s pretty cool, especially seeing that old style twig broom. 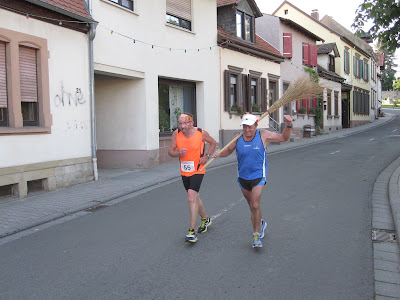 We’re in the courtyard of one of the local vintners, a really pretty setting. From the left standing that’s Jeff, Harpo, Cassius, Saint and Killer; seated, Linda, Beth and I. 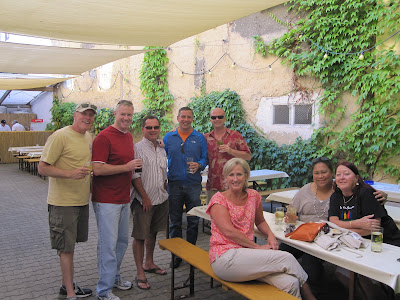 As always when we’re in Kibo, Jeff has to get his picture with the bronze wild boar. This time he has a fellow A-10 driver with him, Cassius. 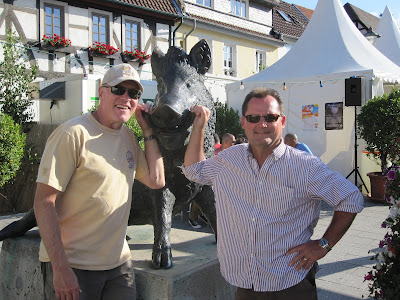 Just one of the many beautiful scenes in Kibo, a narrow street leading to the medieval wall and tower. 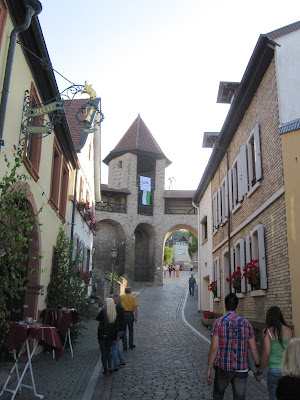 Kibo has done an amazing job maintaining their medieval wall which dates back to 1368. 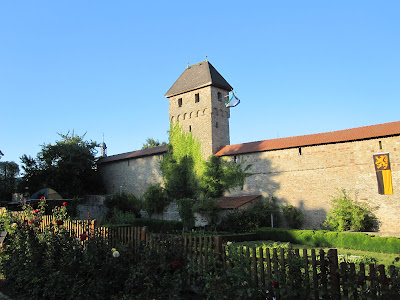 A wonderful meal of wildhirsch (wild deer), lieberknodel (liver dumpling) and red cabbage, all washed down with some cold German white wine. 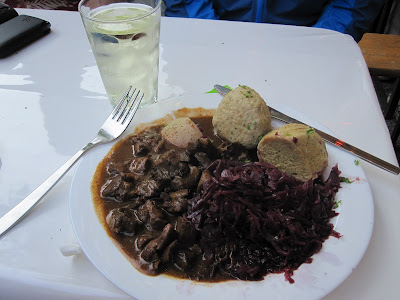 After our meal we’re on our way to visit the medieval wall. Jeff and I in front of the wall. 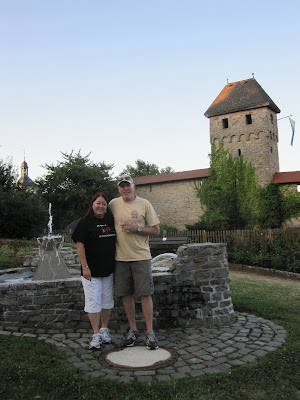 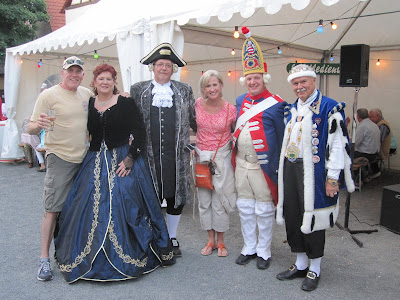 Every odd year Kibo has a beer festival and with that they must also have a beer king. The reigning king is Fritz the 1st, or is the first Fritz. Either way he gave us this signed card. Kickass, we know the king. 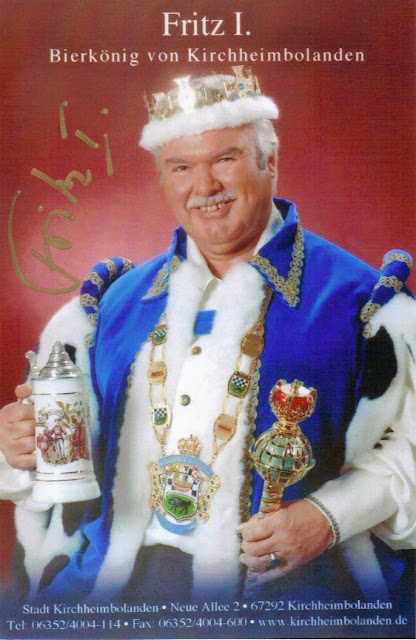 We also ran into our Kibo landlords, Dorli and Kurt. 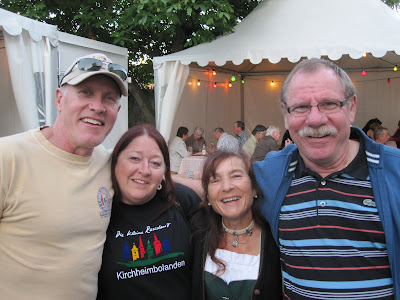 Linda and Jeff at the wall. 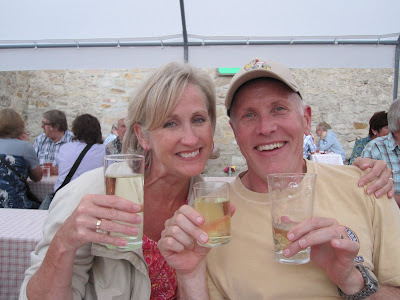 Just a few images from up on the wall. 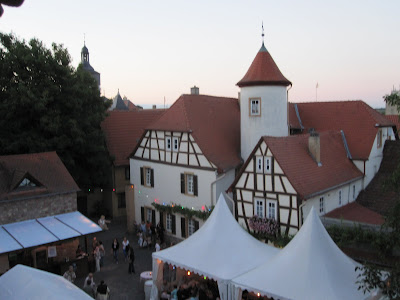 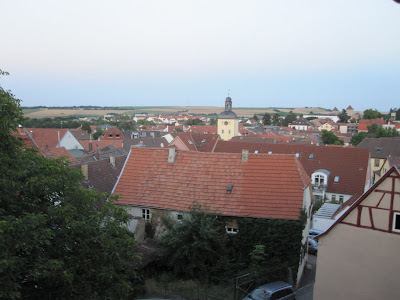 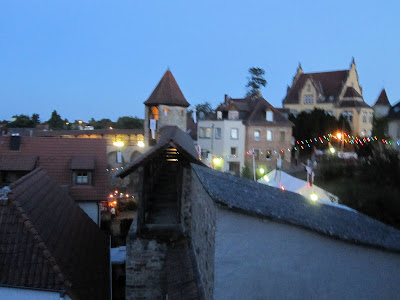 Now this a strange picture. Jeff says I asked him to take this picture but I have no idea who this might be; must be the wine talking. 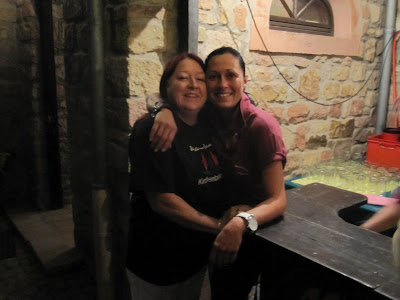 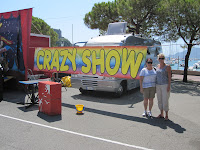 The Crazy Show is in town.

After breakfast Jeff and I took a walk around Kibo. It’s always amazing to come upon something like this doorway with the date the building was constructed, this one 1776; built the same year as our countries declaration of independence. 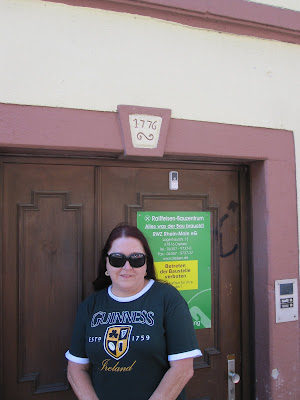 Well, it’s a beautiful Sunday morning in Kirchheimbolanden, the festival the night before was great, might as well have a bit of the amber nectar. 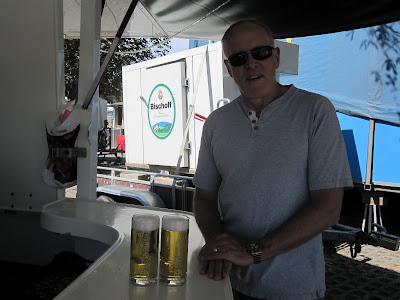 Oh, how convenient.  A poster advertising another festival next weekend.  Going to have to look into that. 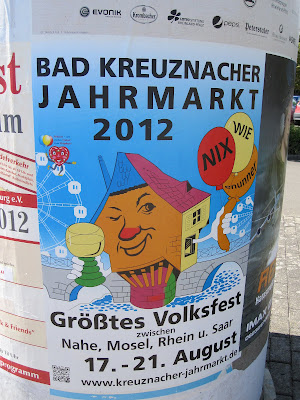 Really fun evening festing with good friends in a place that's so special to Jeff and I.  Can't wait until the next weekend!!  PROST!!
Posted by Sandy and Jeff at Friday, August 17, 2012