Jeff and I spent last Saturday checking out some sights in Trier and then the evening with friends in a winery gasthaus in the town of Mehring on the Mosel River.

Trier is the oldest city in Germany, founded around 16 B.C. and, according to some historical documents, a settlement may have existed here as early as 2000 B.C. The city sits on the shores of the Mosel River near the western German border shared with Luxembourg. Because of its location, Trier, over the centuries, has been part of France, Prussia and Germany. Probably the city’s most famous son is Karl Marx, author of the Communist Manifesto, born here in 1818.

The most famous sight in Trier is the Porta Nigra, an ancient Roman gate built around 200 B.C. The gate got its name from the black, sandstone used in its construction. Today the Porta Nigra sits at the northeastern end of the city’s main shopping street. 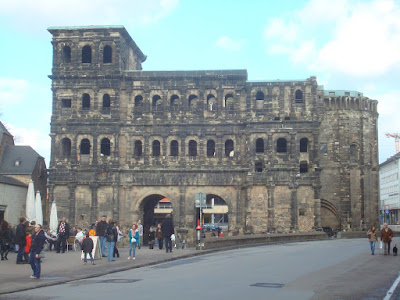 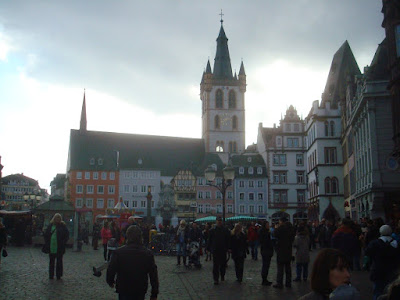 We’d received e-mails warning us of a protest in Trier during the days leading up to the weekend. Well, this is them. About a 100 young people protesting international anti-piracy laws. We couldn’t quite figure out what there is to protest about that. Overall, they were a very well behaved group under the watchful eye of a number of German Politzei. 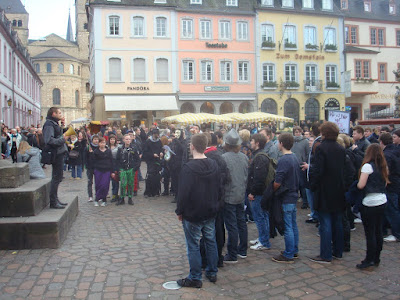 This is two of Trier’s main churches. On the left is the Cathedral of St. Peter, the oldest church in Germany, and on the right, the Liebfrauenkirche, Church of Our Lady. It’s quite interesting that these two churches ended up right next to the other. They are so close together they appear to share a common wall. 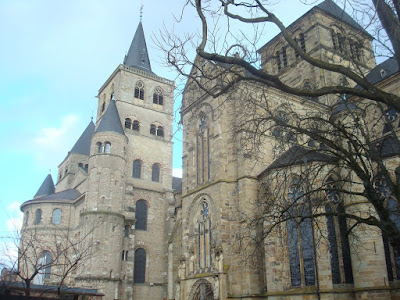 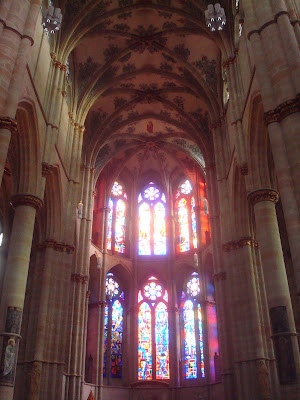 Almost right across the walk path from the Liebfrauenkirche is the Weinstube Kesselstatt. It’s a great place to sample the local wines and some excellent German faire. 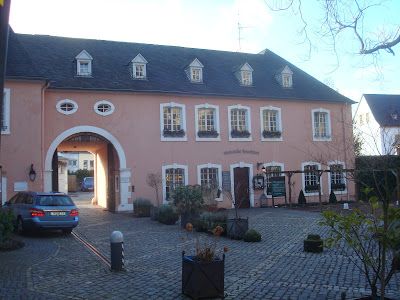 This huge press is inside the Kesselstatt. 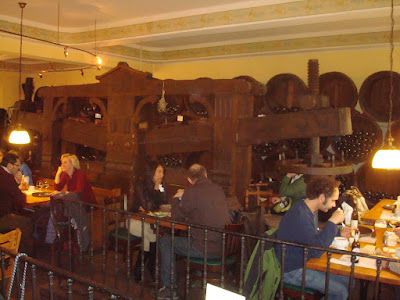 Nice little tray of German delight. We’re just south of Bitburg so the beer is an obvious choice, plus a couple of different Riesling wines. 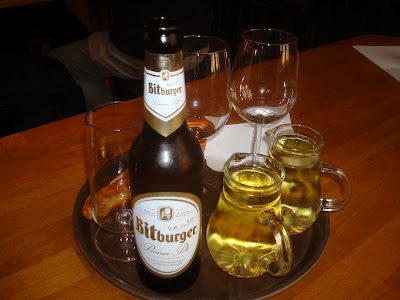 Here’s the home of Karl Marx. 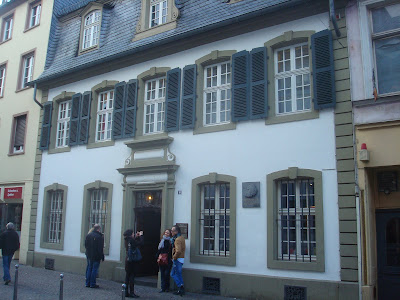 A plaque on the wall of Karl Marx’s house shows that he was born 5 May 1818. Interesting, 5 May, Cinco de Mayo!! I bet old Karl was quite the party animal with a 5 May birthday. Oh yeah, 5 May, Jeff’s birthday too. 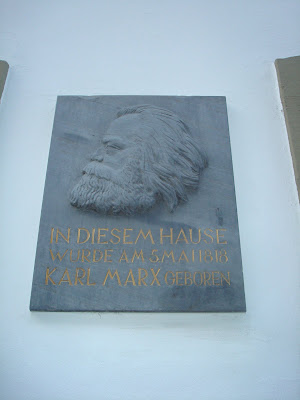 The Constantine Basilica in Trier built around 300 A.D. Nice barn shaped building with little cross on top. Hope they didn’t pay the architect for this design because I don't think they got their moneys worth. 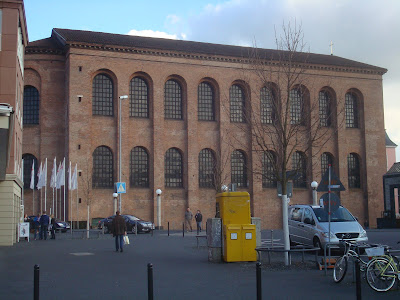 On the south side of Trier are these ancient Roman baths built in the 4th century A.D. 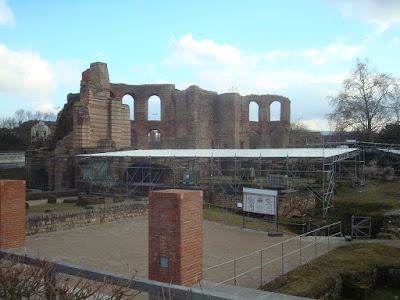 Front side of the Roman baths. 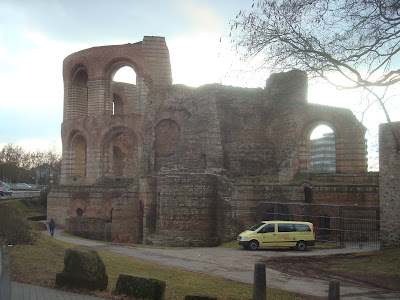 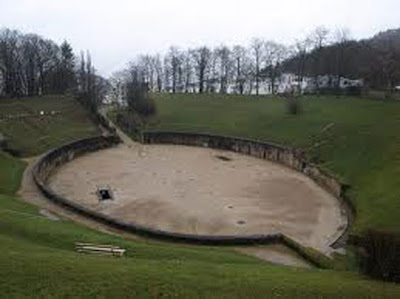 OK, we’re done with our visit to Trier and on our way to Mehring. Driving along the Mosel in the late winter, without the leaves of the vineyard vines, these thousands and thousands of wooden stakes really standout. When you see the vineyards like this you can understand why WW II aviators feared bailing out over these vineyards with the possibility of being impaled on one of these stakes. 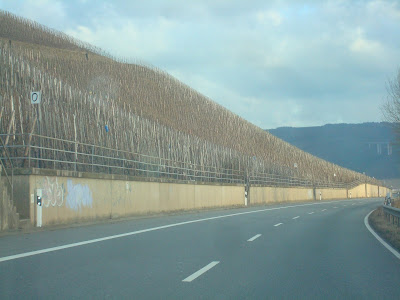 Our destination in Mehring, Sebastiani. 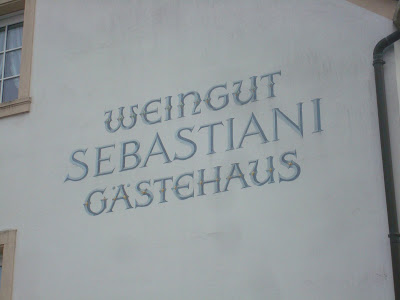 Sebastiani has a long affiliation with the US Air Force in Europe. He sells his wines at the major bazaars in Germany, Ramstein and Spangdahlem. For years, he’s made specialty labels for his bottles of wine. Here’s a label he made for the 53rd Tactical Fighter Squadron, an F-15 Eagle squadron stationed at Bitburg Air Base. The 53rd no longer exists and the last remnants of Bitburg Air Base, grade school, BX and commissary will finally be closed within a few years. 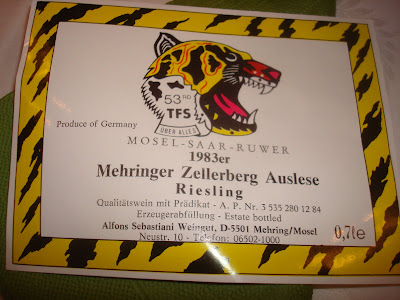 Here’s another specialty wine label that Sebastiani produces for the 81st Fighter Squadron, an A-10 Warthog squadron, at Spangdahlem Air Base. Sadly, the 81st will no longer exist in about a year. 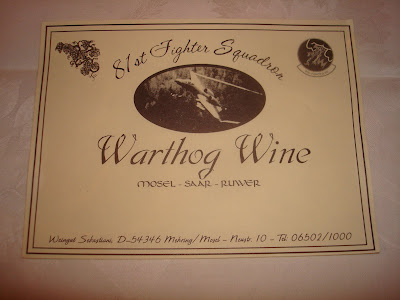 We tried all of Sebastiani wines. This one had a particularly interesting nickname, Angel’s Pee. I’m not sure if that name creates images of good or bad taste. 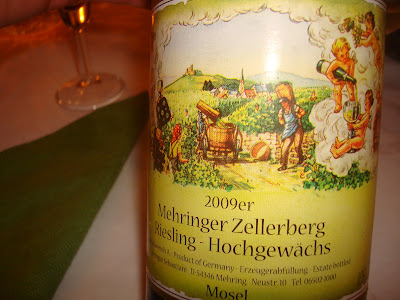 Our host for the evening, Alfons Sebastiani. 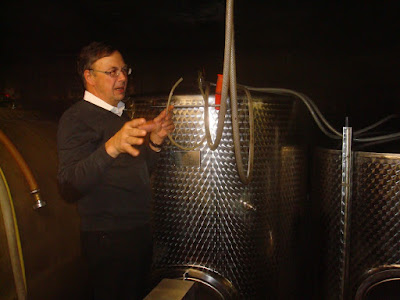 The next morning before we left, Alfons gave us a tour of his cellars. These are old wooden barrels but he also had stainless steel and fiberglass. Combined, this cellar holds enough wine to fill 60,000 bottles. 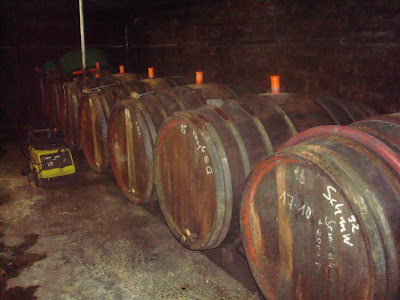 Well the drive home was only 45 minutes from Mehring so we had plenty of time to rest up from a great night at Sebastiani's. These wine events are a lot harder to recovery from compared to the beer events but maybe that's a nice problem to have.