Our Saturday afternoon destination, after the mornings visit to the Porsche Museum, was Burg Hohenzollern. The castle is a half hour south of Stuttgart in the foothills of the Swabian Alb. The Burg sits on the peak of Mount Hohenzollern almost 800 feet above the valley floor. The present castle is the actually the third such structure on this sight, the original dating back to the 11th Century. That Medieval castle was completely destroyed In 1423 by enemy forces. A second castle was begun in 1454 and was occupied at various times by French and Habsburg Austrians until it was essentially abandoned in 1798 and left to ruins. The present castle was an almost complete renovation that began in 1850 and completed in 1867.

The family owners of Burg Hohenzollern can trace their lineage back to the early 1200s. Eventually, that family would split into two lines, the Swabian and the Brandenburg branches, who still share ownership of the castle today; one-third to the Swabian line and two-thirds to the Brandenburg. The Brandenburg branch of the family would eventually achieve imperial status as kings of Prussia and finally, the three Emperors of Germany. Because one family is Protestant and the other Catholic Burg Hohenzollern has two chapels, one for each denomination; the Catholic chapel being the only structure that remains of the second castle.

In addition to being open to the public, now the castle is used for concerts, a Christmas festival, family owners functions and a children’s charity. The current head of the Brandenburg side of the family is 34 year-old Prince Georg Friedrich. If things had gone differently he would be the King of Prussia and Emperor of Germany.

Burg Hohenzollern can be seen from miles around. 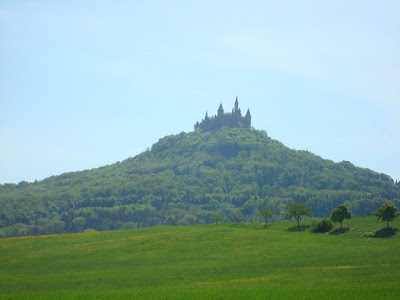 The castle wall and gate tower. 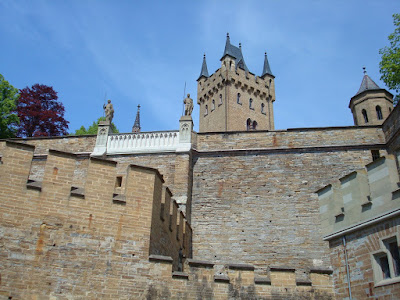 Burg Hohenzollern courtyard. They do a very nice tour, in English, of the main castle. Most of the tour they have you wear woolen slippers that your shoes right into. That's to protect the stone mosaic and wooden parquet floors. 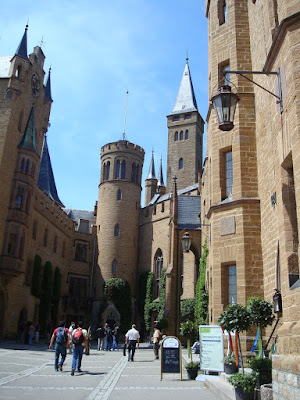 Catholic Chapel, the only remaining part of the second castel. 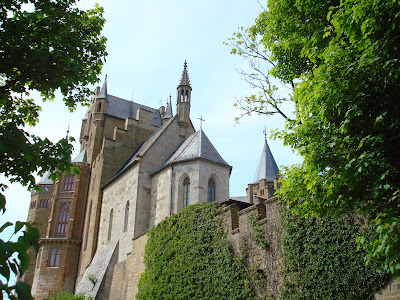 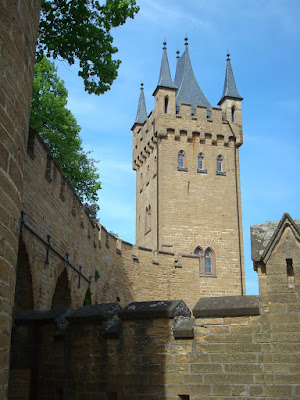 I'm checking out the drawbridge weights. 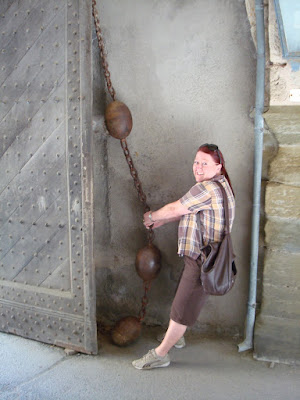 Now I'm checking out the small guard turret outside the main walls. You can see the valley below. 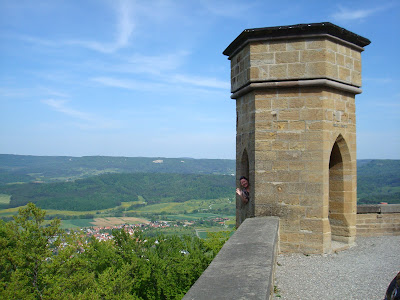 On the way down the hill we stopped at one of the rest points. Kind of an interesting solid-piece-of-wood bench. 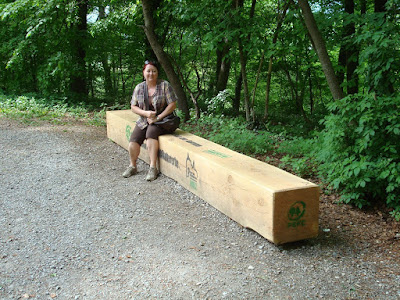 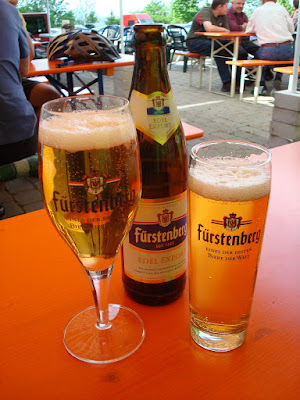 One of those arms length shots to prove that we were there. 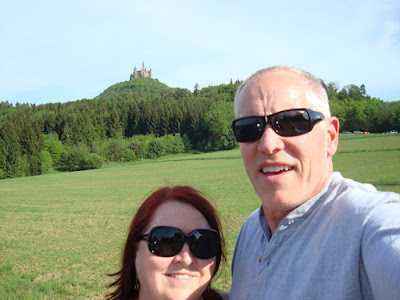 Really fun day at the Porsche Museum and Burg Hohenzollern. Tomorrow the Stuttgart Frühlingsfest. Pricelss!
Posted by Sandy and Jeff at Tuesday, May 10, 2011