A big part of celebrating the New Year in Germany is fireworks.  We showed you a couple years ago what this spectacle looks like.  The sky above villages and towns becomes filled with fireworks of every type.  It looks like a happy war and this amazing display goes on for well over a half an hour.  Well, this year we were armed with our own arsenal.

This is just our contribution to the evening's party.  For a size reference there's a can of coke sitting on top of the large box.  That large box is Fire-Combat; three connected batteries that contain 144 various shooting fireworks and will be the climax of our event.  To the left a huge bag of BABR, Big Ass Bottle Rockets.  The two yellow things are those whirling, flying thing-a-ma-jigs.  That long box at the top is one single, long string of firecrackers, folded over on itself, so it's twice as long as that box and each firecracker is the size of your thumb.  At the bottom, you can see two, red BAF, Big Ass Firecrackers.  We're armed to the teeth!! 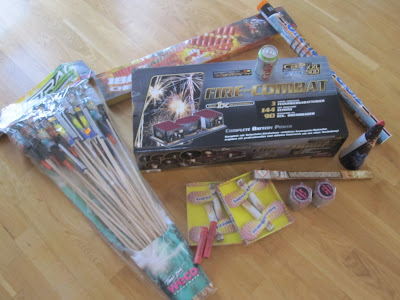 In addition to being a New Year's party, it's also Jeff's and my going away party.  So here are Jeff and I with the other ladies of the night. 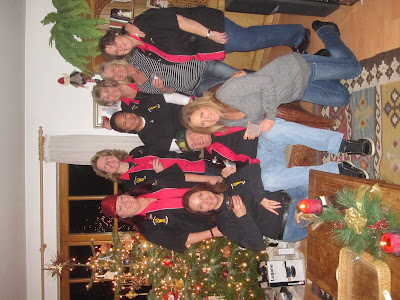 OK, we're out in our launch position about to begin.  The fireworks start in earnest about 15 minutes before midnight and last at least until half past.  Here's Jeff and Linda.  You can see Jeff has on his new GoPro Hero video camera to catch the action and a set of safety goggles to protect him from some stupid mishap which is likely to happen given the fireworks and the amount of inebriation involved. 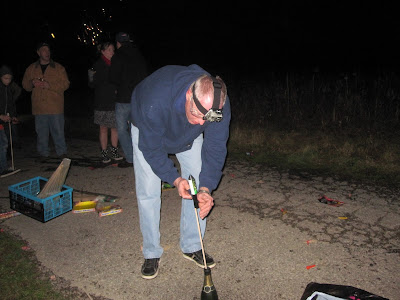 After 40 minutes of firing off our arsenal and those of a couple of friends, we're ready for the grand finale.  The three battery Fire-Combat.  We apologize in advance for the F-bomb, but as I mentioned earlier, the inevitable stupid mishap did happen.  This is mostly black but it still shows plenty of what the night was like. There's some amusing commentary at the very end.


Beth, me and Linda.  Still bright eyed and bushy tailed at 2 AM. 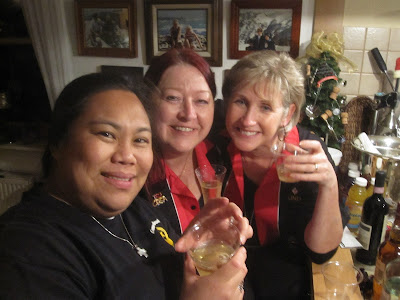 The next morning.  The scene of the happy war. Multiple this times a hundred other sights around the local area and thousands across Germany. 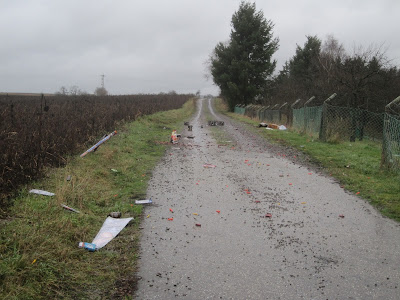 Lots of fun the night before.  Slow day the day after.  Sure wish we could do the same thing in our backyard in Texas.