Day 3 of “4 Days in Bavaria” we got back in the car for a drive to a rather unique village in Austria. That village is just a half hour north of Salzburg and a pleasant drive through the countryside. Here’s an interesting sign we saw along the way. Branau has a rather dubious notoriety, it's the birthplace and hometown of Adolf Hitler. 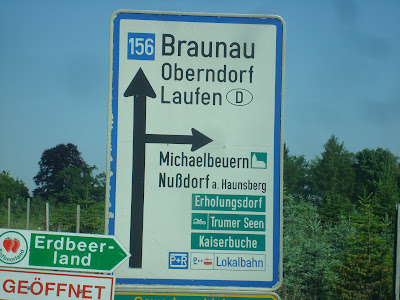 Well, here we are in this rather unique village. It certainly is a village too, just over a 100 folks in residence. 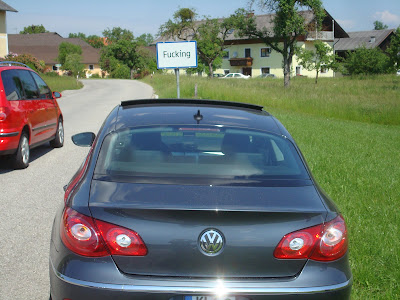 Here’s me in the unique village. By the way, this village recently had a vote on whether to change its name and the planned new name was to be Fugging. Regretfully, for this unique village, the Austrian government told them they could not change their name because there’s already a Fugging, Austria. Who knew? 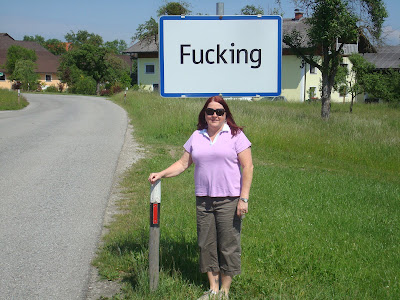 Jeff in the unique village. 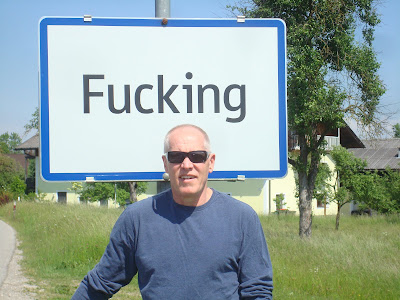 I don’t think I’d want to live in this part of the unique village. 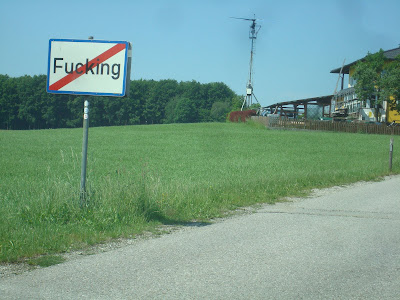 Interesting comment from our GPS as we entered the unique village.


OK, seen it, done it, now driving back into present day Bavaira and Deutschland as we cross a bridge over the Salzach River which forms the border here between Germany and Austria. 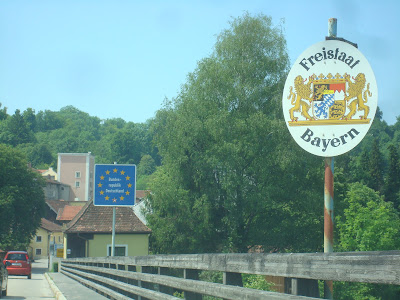 Speaking of towns with strange names, as we crossed the Salzach River, this is the name of the town on the Germany side. Hmm? 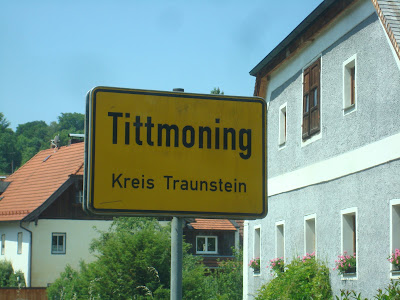 Here’s our next stop on Day 3, Tegernsee Stüberl, a very nice beer hall/garden on the shores of Tegernsee (see = lake) in the town of Tegernsee. The building is a former Benedictine monastery. Today it’s known as Schloss (Palace) Tegernsee and is now owned by the Wittelsbach family, the descendents of Bavarian royalty. 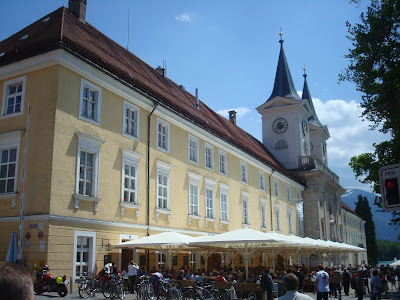 Jeff basking in the Bavarian sun with a cold bit of the amber nectar. Snake and Stringer, note: beer in left hand. 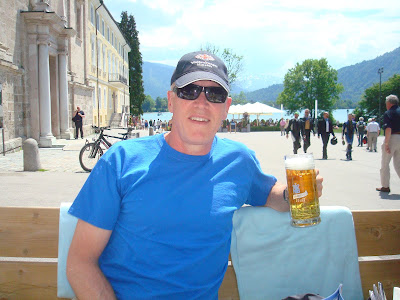 One of the ferries that operate on the Tegernsee. 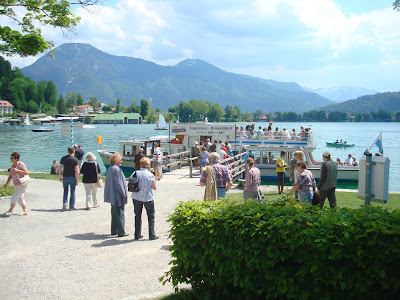 Inside the chapel at Schloss Tegernsee. 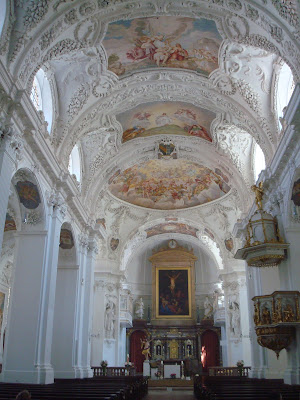 Inside the Tegernsee Stüberl beer hall which is located in Schloss Tegernsee. 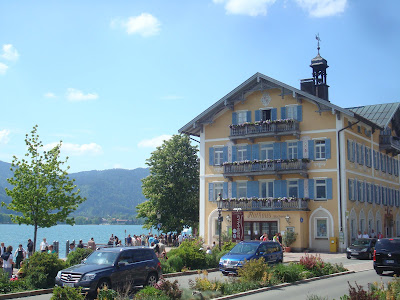 Now we’re on our way to our last stop of the day. Yeah, Kloster Andechs!! 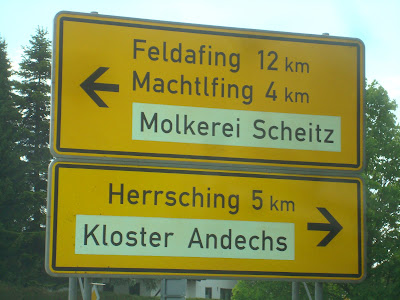 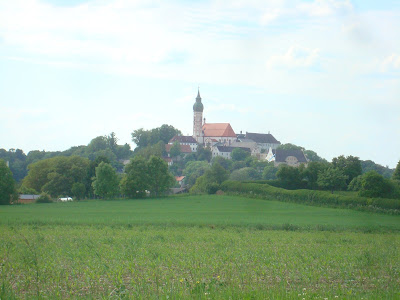 We’ve checked into one of our favorite hotels in Germany, Hotel zur Post Garni and a very unique room; the Ludwig Suite, a quirky and fun room. 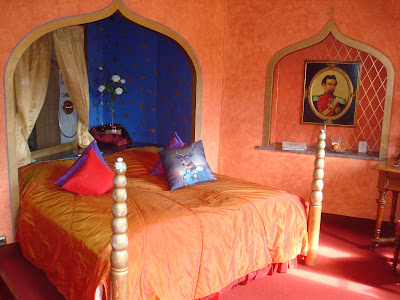 Throw pillow in the Ludwig suite. 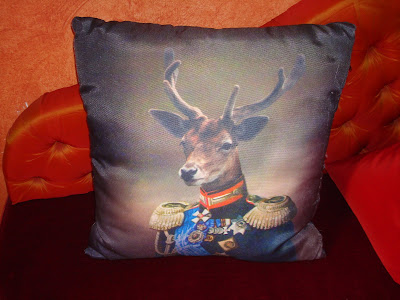 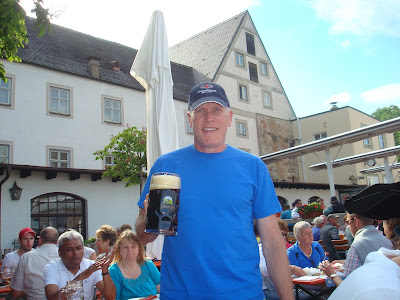 Here’s me with a KADD. 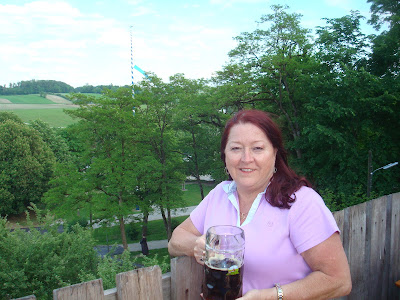 We sat outside until it started to get a little chilly. Luckily, we got a nice table inside in their beer hall.  Had an interesting conversation with a German gentleman.  Couple of his comments, "Jews are smart, hard working people" and "that was one of Hitler's mistakes, the Jews would have helped his cause."  That's always a bit uncomfortable when a German throws those two words, Jews and Hitler, into a conversation. 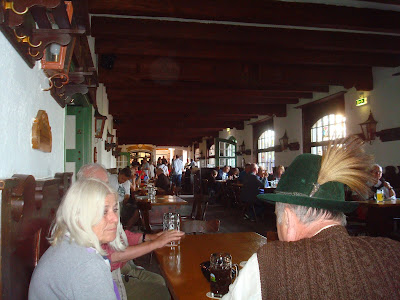 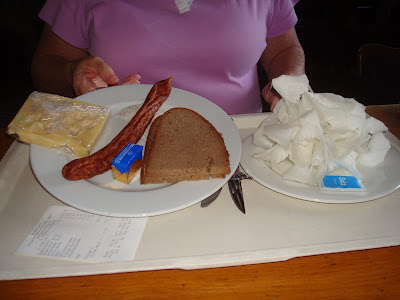 This is how to eat a German radish. 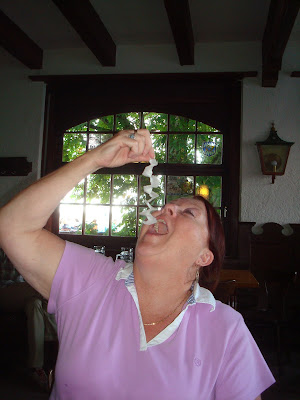 At the bottom of the hill at Kloster Andechs there are a number of statues, mostly carved out of wood. Each one has a beer theme, at least in our interpretation. This one’s pretty obvious. The Beer Drinker. 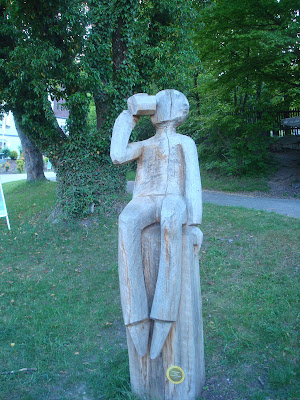 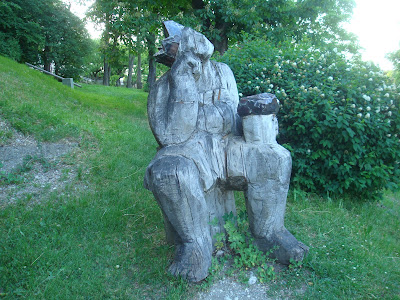 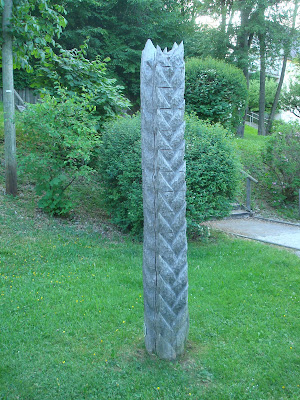 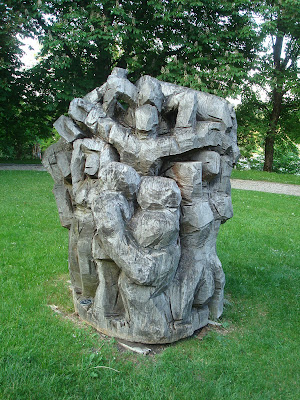 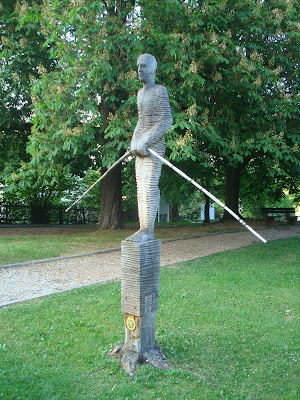 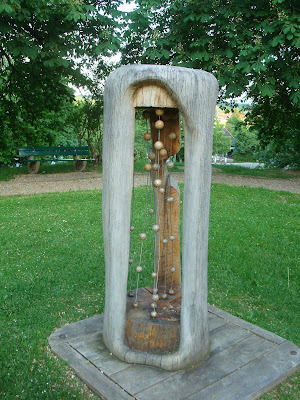 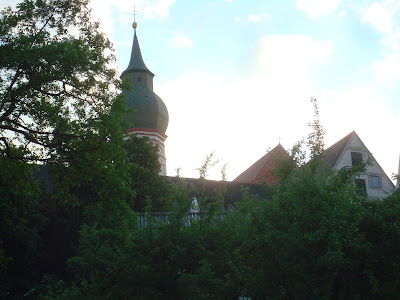