A couple weeks ago we took a little four-day Bavaria trip. There were a few places there that we’d never visited so we hopped in the car and made the trip. Our first stop, north of Munich, was to complete the monastery brewery trifecta at Kloster Scheyern. With that, along with our previous visits to Kloster Weltenburg and Kloster Andechs, we would have then visited all three of the German, active monastery breweries; what an accomplishment!

Driving through the Bavarian countryside is always pretty but what could be better than a field of new hops plants climbing their wires with a quaint German village in the background. 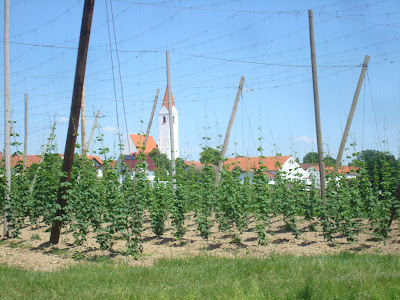 GPS, or SatNav as the Brits call it, works great here in Europe. It's hard to imagine how we got around over here years ago with only a map. Once in a while though the instructions you hear out of the GPS are quite hilarious. Here's one shortly before we arrived at Kloster Scheyern.

We're here! The flags of Kloster Scheyern were welcoming us on a very nice sunny day. The monks began brewing beer in 1119 for their own consumption and some of the lucky local people. In the mid-1800's the monks moved their brewing operations to Augsburg but in May 2006 the monastery’s newly renovated brewery began operating once again on the premises of Kloster Sheyern, making it just the third active monastery brewery in Germany. 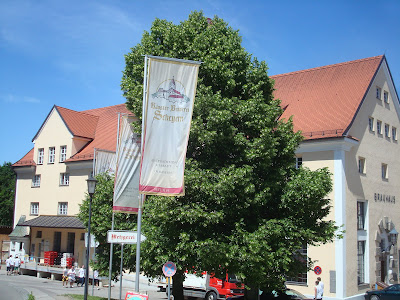 Kloster Scheyern brewery began operations in 1119, which is certainly quite some time ago, but not as early as Kloster Weltenburg which began in 1050, but much early than Kloster Andechs which began in 1455. 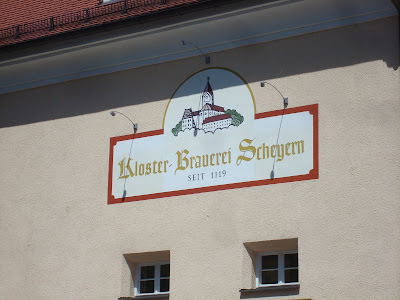 The newly renovated brew house at Kloster Scheyern. That wooden box to the left of the door has sacks of potatos that people can buy and then drop their money in a small box on the front. 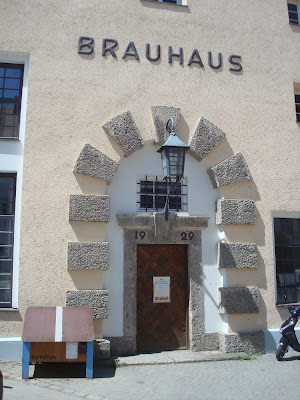 The Kloster at Scheyern. No monks, priests, friars in sight. 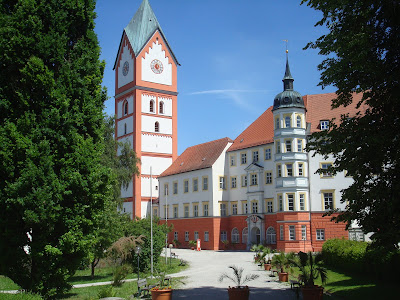 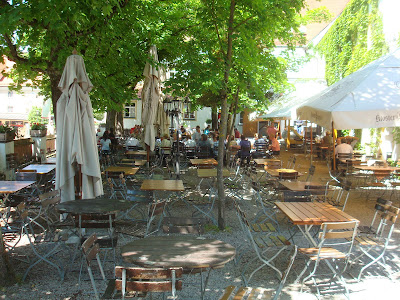 The reason we’re here.   We have now visited and sampled the beers of all three active monastery breweries in Germany. 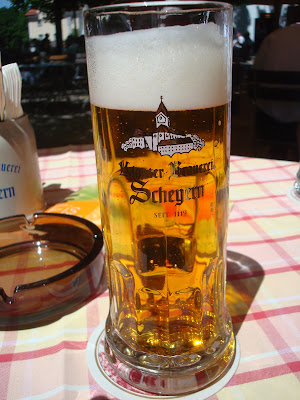 So, that square’s filled and our next destination is Salzburg, Austria, a simple hour and a half drive . . . we thought. Traffic around Munich and all the way southeast to the Austrian border was horrendous. So this border sign driving into Austria took three and half hours instead of the planned one and a half. 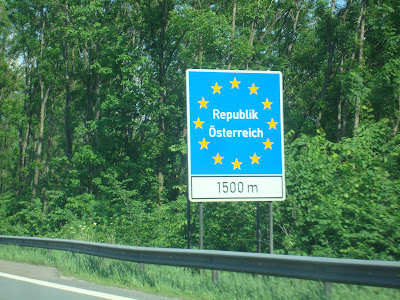 We finally made it, the exit into Salzburg. Linz and Graz are also cities in Austria.  The white ovals are also pointing in the direction of  SK-Slovakia, CZ-Czech Republic, H-Hungary, SLO-Slovenia. You might be saying, Salzburg? That’s not Bavaria. More on that in the Day 2 blog. 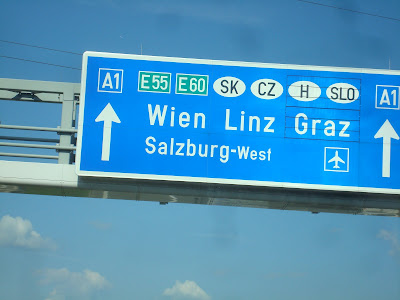