Quite a few of the towns, some good size cities and even small villages have an annual Volksfest (Peoples Festival) called a Kerwe. In the towns and villages the Kerwe is usually a three-day event, starting on Saturday and finishing up on Monday. These celebrations are so popular with the locals that a great number of the towns people use vacation time so that they’re available for the entire Kerwe period. In larger towns the Kerwe runs a week or more; Kaiserslautern’s started 14 September and runs through the 24th. Most towns will have their Kerwe sometime between late August through the end of September.

The Kerwe is an opportunity for the people of a town to celebrate the fortunes of the previous year. Through speeches, poems, parades and festival each town and village comes together to enjoy each other’s company one last time before fall the temperatures drop with the winter winds not far behind.

One of the highlights of the Kerwe, especially in small German towns and villages is the hoisting of the new Kerwestrauß (Kerwe bouquet). Each year a large pole, heavily decorated with multicolored papered is placed a prominent position in the town. It’s represents a fresh, new beginning for the town. By the time next year’s Kerwe comes around the paper on the old Kerwestrauß will be completely white, bleached by the sun and the rain.

This is what a Kerwestrauß looks like just after it's been put up. By next years Kerwe all the colors will be gone and it will be all white, bleached out by the sun and the rain. This is in the town of Rodenbach. 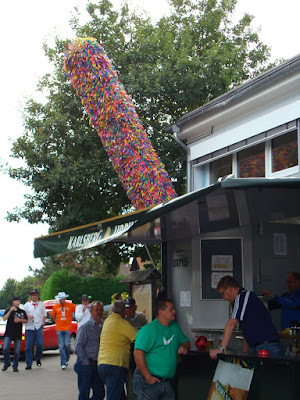 Jeff and I attended Weilerbach’s Kerwe just a couple weeks ago. This past weekend we went to the Kaiserslautern celebration. Here’s some of the sights and sounds of both.

This video encapsulates the Weilerbach Kerwe parade in just three minutes. These are always lots of fun. Floats throwing out candy and toys for the kids, others handing out wine and beer for the adults. Two highlights of the video; me helping a float attendant pour my wine and, of course, the Kerwestrauß marched through the town. You’ll also see a float with the 1985 Straußjugend.

This video pretty much shows the entire festival grounds for the Weilerbach Kerwe; small but fun. Jeff and I live just a short walk from here.

One of the beer vendors at the Weilerbach Kerwe. I want to know where we can get one of these. A three-wheeled motorized beer tap. 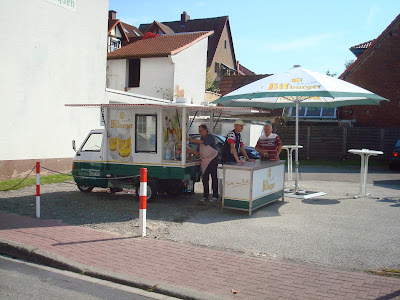 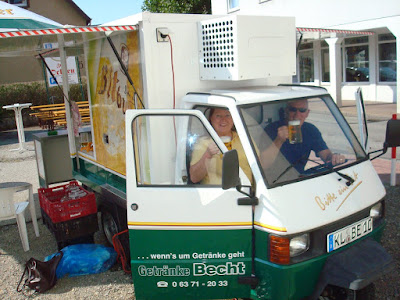 Like all towns and villages, Weilerbach has a band. This is the crest of the town’s Drum and Bugle Corps. 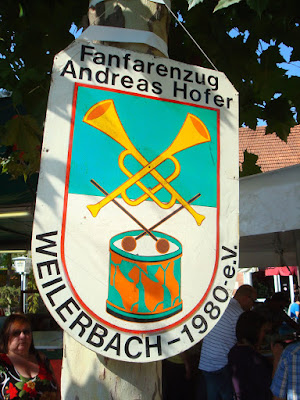 The Weilerbach May Pole. The Kerwestrauß is mounted on this pole. 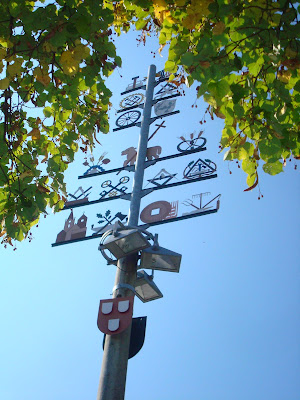 Of course, Kaiserslautern is considerably larger than Weilerbach and so is their Kerwe festival grounds. Here’s one of the entry points. 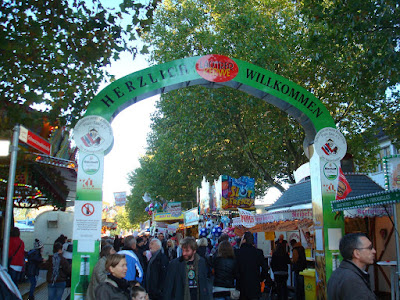 The city of Kaiserslautern’s crest is the one with the blue carp. 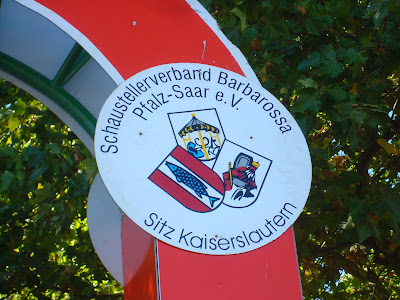 The K-Town festival includes two, good-sized tents. This is one of them at the corner of Fun Street and Black Forest Street. 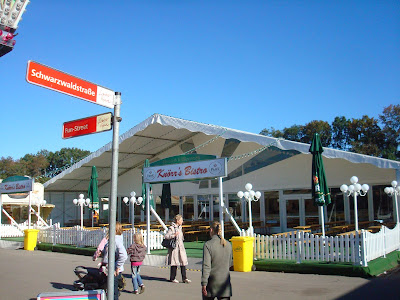 Always some interesting amusement rides at these festivals. I guess this is supposed to be some kind of Egyptian mummy haunted house. 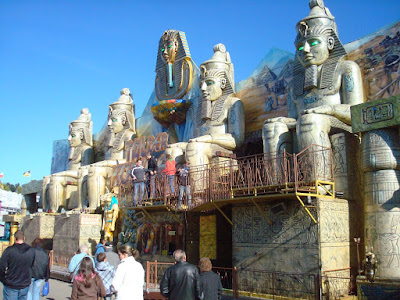 Standard; brats and beer. You can see by the jacket that it was a sunny day but chilly. 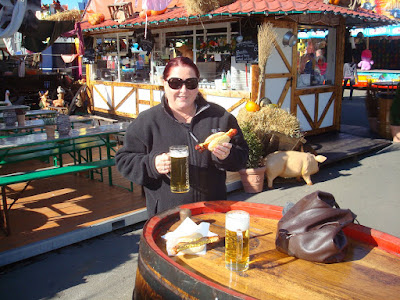 Ride for the kids, artwork for the dads. I don't think we've seen that mermaid at the Texas state fair. 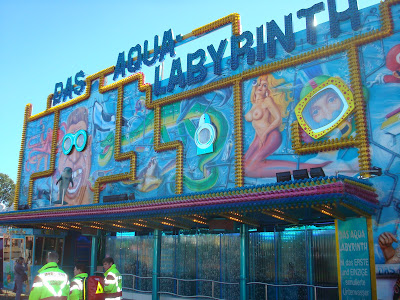 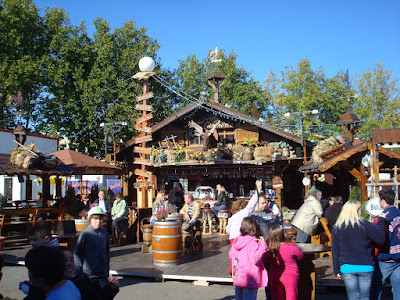 What’s wrong with this picture? Pils beer in Weissen beer glasses!! How uncouth! That moose talks, jokes and sings. 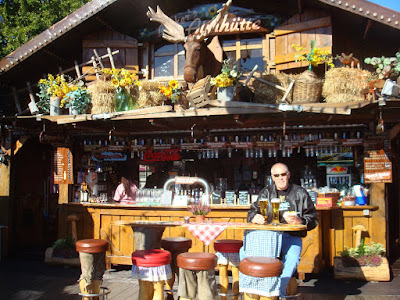 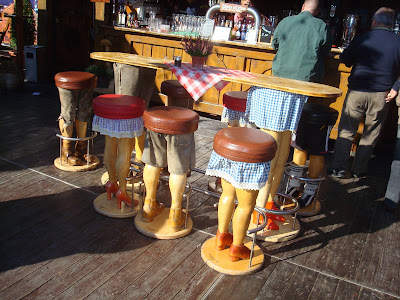 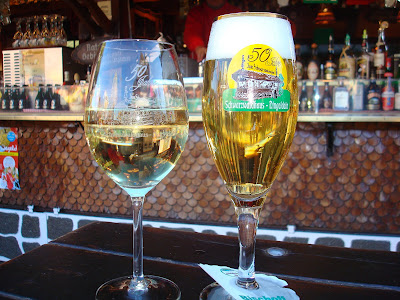 Yes, these vendors have Jack but apparently they’ve had a problem with keeping it from wandering off. 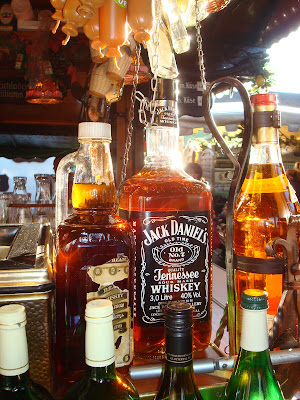 Well, the Kerwe season is almost at an end. Christmas markets start in a month. We'll have to find something to keep us busy until then. Oh, here's a good idea. Let's go to London tomorrow.
Posted by Sandy and Jeff at Wednesday, October 19, 2011