That’s Cinco de Mayo in German; 5 of May. That also happens to be Jeff’s birthday so we wanted to get out and do a little B-Day/Cinco de Mayo celebrating last Saturday. Since we’re in Germany we figured we’d start with a local Maifest (May Festival); a celebration of the arrival of spring.

So here we are in Lanstuhl on a dreary, overcast day with light rain showers off and on.  Not a great day to celebrate the arrival of spring.  But, regardless, PROST!! 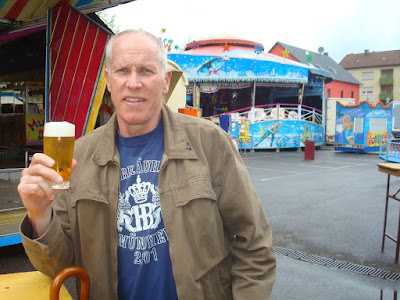 The weather conditions had put a real damper on the festivities. As you can see from the midway here we’re just about the only people at this fest. Even the Deutscher favorite, bumper cars, were parked. All right spring celebration over. 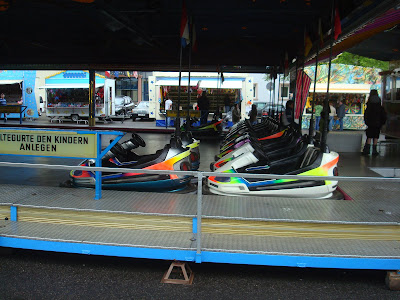 OK, time to get to the Cinco de Mayo part of the day. Also in Landstuhl is a new Mexican restaurant called Tequilas. It used to be an Irish Pub so this building must be particularly well suited for some sort of ethnic operation. Interesting situation though, old, half-timbered building with a Mexican restaurant in it. 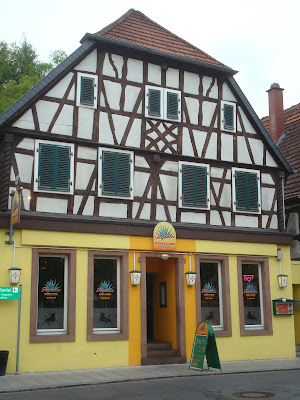 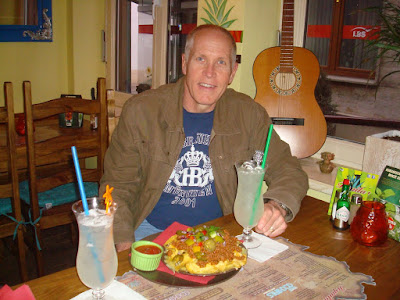 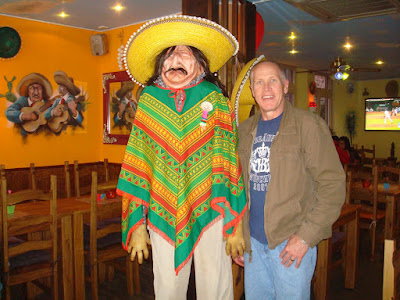 Speaking of friends. Jeff and I were invited to an A-10/Cinco de Mayo/Birthday party Saturday evening at the Tina and Keebs house. Here you can see that presidents aren’t the only ones that have sexy blondes sing them “Happy Birthday.” 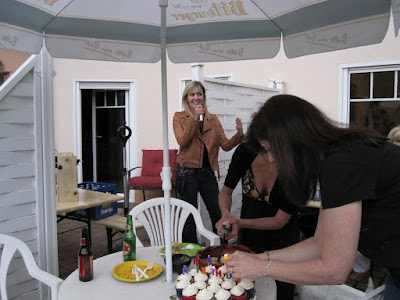 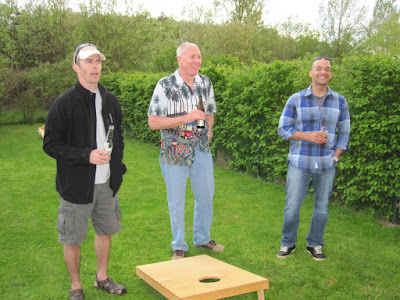 Tina was so nice to make some tasty birthday cupcakes. That's Nicole lighting the candles. 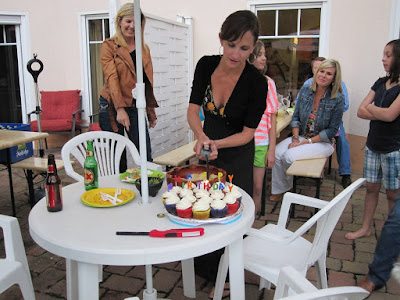 Jeff with cupcake, Kloster Andechs Doppelbock Dunkle (he got a whole case from Tina and Keebs for a gift) under a Bitburger umbrella. 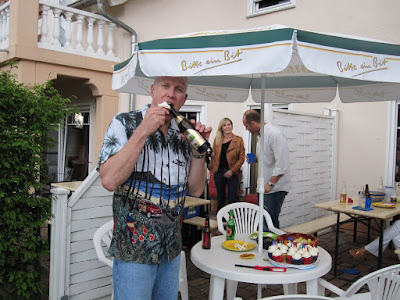 So the beer and tequila did flow and it’s time to dance. What better way to do that than with a little help from Wii. Here’s Beth, Nicole and Erika.

Now the guys had to give it try too.  Magneto, Jeff and Crater.  Their arms should all be in the same direction and, of course, none of them are. 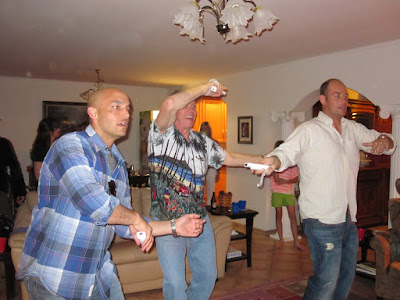 Here’s the video. It’s not pretty.

So Fünf von Mai turned out to be a really good day. Spring not so great but the friends and fun were extra special!!
Posted by Sandy and Jeff at Wednesday, May 09, 2012