In Search of Rauchbier

There's this beer that I'm particularly found of, Rauchbier (Smoke beer), and not just any Rauchbier. It's got to be from Bamberg, one of our favorite cities in Germany, and preferably an Aecht Schlenkerla Rauchbier. Well, since we've been living here in Germany we haven't found a place locally that sells that particular Rauchbier. A couple months ago when we were an hour north in Mainz we found Aecht Schlenkerla Rauchbier and brought some home but we haven't found a place that sells it around the Kaiserslautern area. So Saturday, armed with a map, GPS and the address of a dozen Getränkemarkte (drink markets) in Kaiserslautern, Jeff and I set out with the hope of finding my desired Rauchbier. (Side note. As I mentioned, I love this beer. It's got a nice smoky flavor without being too heavy. I can drink 3-4 and be happy. Jeff like's just one and then moves on to something lighter. He's a wimp.)

So here's where we went Saturday in Kaiserslautern in search of Rauchbier. 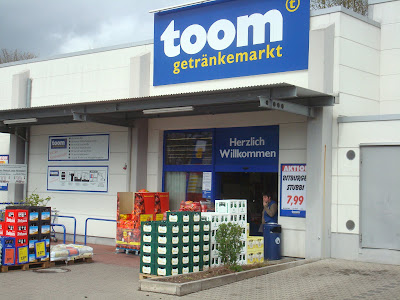 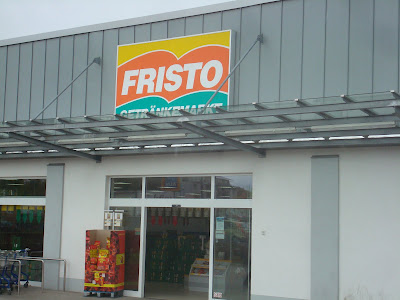 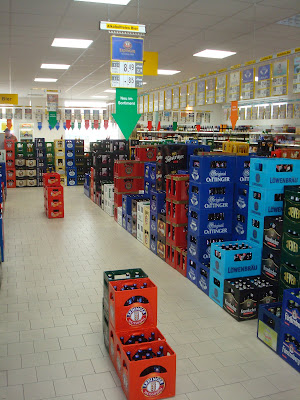 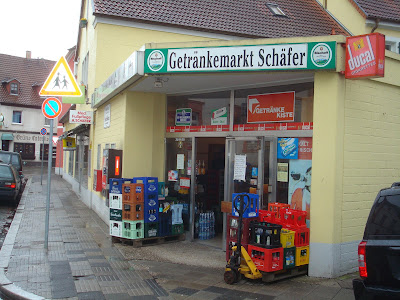 Speaking of mom and pop, Otto's & Rosi's Imbiss Ecke (Corner).  We passed this little Imbiss and since it was just after noon we stopped.  Had a couple bratwursts, pommes frites and little Bitburgers. Perfect! 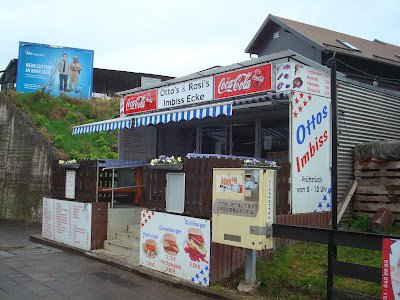 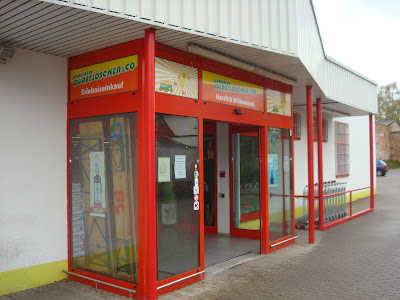 Success!!  Well, almost. Brauerei Spezial Rauchbier Lager.  It is from Bamberg and it is a Rauchbier.  It's not Aecht Schlenkerla Rauchbier even though that's what the sign says that Jeff's pointing at. Also, this is a Lager, Schlenkerla is a Marzen; subtle difference. So, for today we figured, close enough, and they told us that they do normally carry Schlenkerla.  So we bought the eight remaining Spezial Rauchbiers and plan to return. 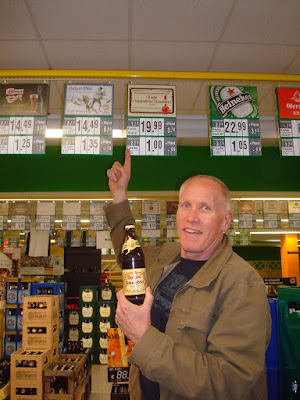 Why? Because it's there. No Jeff, you can't have that. 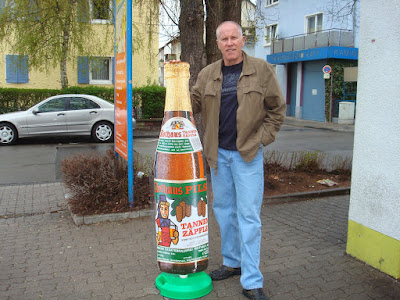 Well, this is what we brought home. Yummy!! 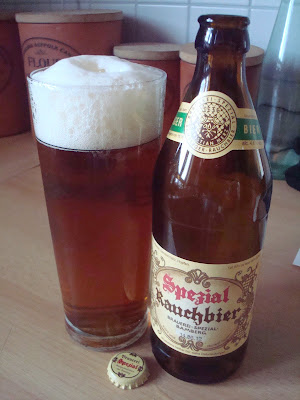 So the quest continues. We've still got a list of at least eight more places to check, but that's for another day. PROST!!
Posted by Sandy and Jeff at Wednesday, April 25, 2012